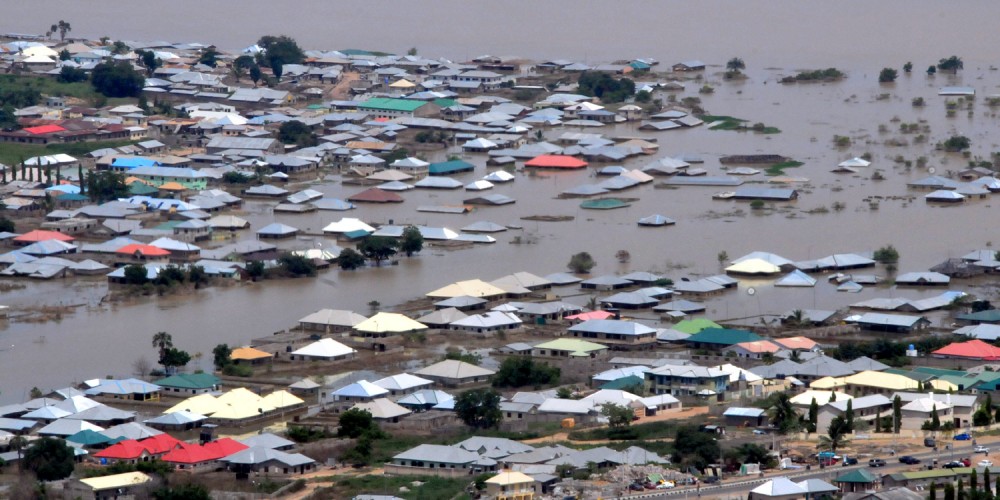 The Federal Ministry of Environment, in collaboration with the United Nations Development Programme, has launched a National Digital Flood Model for better forecasting and monitoring of flooding nationwide.

The Minister of Environment, Mrs Laurentia Mallam, said this at the public presentation and launch of the instrument in Abuja.

Represented by Mrs Rabi Jimeta, the Permanent Secretary in the ministry, Mallam said that it would ensure effective environmental governance and prompt response to impending flood disaster.

She said that the model permits interaction between predicted hydro-metrological data and earth surface conditions such as land use and soil type.

However,Â  she said that the major challenge to the use of the model was for it to be adopted in flood management service delivery in the country.

According to her, the forum was organised forum to discuss ways to create awareness among stakeholders on the adoption of the model in flood management.

The minister said the launch and public presentation of the model was organised to facilitate interaction among stakeholders on the operations and success of the Flood Early Warning System (FEWS) and the National Digital Flood Model in the monitoring and management of flood in Nigeria.

The commitment of the Federal Government, she said, necessitated the development and presentation of the model as a new strategy for flood management in the country.

Earlier, Jimeta noted the success of the FEWS programme of the ministry in flood disaster risk reduction in the country led to the development of the National Digital Flood Model in 2013, to enhance weather forecasting.

Jimeta, was represented by Mr Solomon Idinyang , the Acting Director in the Department of Erosion, Flood and Coastal Zones Management of the ministry.

She said that the platform was expected to serve as a veritable strategy for flood disaster preparedness and management.

â€œIt is worrisome that relevant agencies in the water and environment sector lacked collaboration in the matter of flood forecast for the country.

â€œ Hence, the need for this occasion to bring stakeholders together, in order to foster cooperation among them.â€™â€™

Anuforom, who was represented by the Mrs Julie Ukeje, the Director, Applied Metrolological Services in NIMET, said that flood disaster accounted for about 90 per cent of lives lost due to natural disasters.

â€œAccording to the World Metrological Organisation, flood, along with hydro-meteorological disaster, account for about 90 per cent of lives lostÂ  in natural disasters, affecting over 250, 000 deaths yearly.

â€œThis situation is expected to worsen due to current trends in changes and variability in climate, as can be seen in increasing incidences and intensities of rainstorms, thunderstorm and storm surges.

â€œIn fact, about two billion people have been projected to become vulnerable to flood by year 2050, as a result of climate change.â€™â€™

â€œThis worrisome trend no doubt constitute a serious threat to the realisation of Mr Presidentâ€™s Transformation Agenda, as well as the nationâ€™s vision 20:2020,â€™â€™ he said.

The News Agency of Nigeria (NAN) reports that two documents â€“ the National Digital Flood Platform and the Flood Management through Flood Forecasting were also presented to the stakeholders. (NAN)