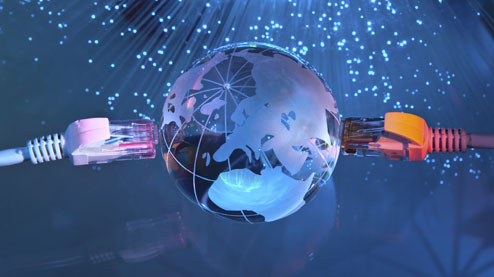 Unveiling the plan on behalf of the federal government, the Minister of Communications, Mr. Adebayo Shittu, said the roadmap will drive the sector from 2016 to 2020.

He said: â€œThe new road-map involves five steps towards making Nigeria a smart and digital oriented country. The road-map aims to create a pathway to national security and wealth creation for every Nigerian.

â€œThis policy document is the product of a painstaking consultation process with all stakeholders, who have resolved that all policies and programmes must be guided by specific time lines while implementation must be measurable.â€

According to him, â€œGovernment, will build on ICT sector growth by improving infrastructure and quality of service, using SMART government to deliver ICT, broadband penetration and national security while migrating Nigeria to a digitally native country through continuous capacity and ICT skills building.

â€œThe step in the road-map is to deliberately reduce both the public and private infrastructure deficit in the sector for substantial improvement in quality of service, adding that the bane of the sector is the lack of adequate infrastructure. Lack of affordability, is due in part, to the proliferation of taxes, fees, levies and associated cost which further inhibit investments in infrastructure.â€

He further disclosed governmentâ€™s intention to explore the possibility of investing in a second and a third NIGCOMSAT infrastructure back up to NIGCOMSAT 1R for broadband penetration, adding that the agency is expected to make about $6 million from the In-Orbit-Test (IOT), it is rendering to Belarus.

Meanwhile, addressing journalists on the $3.4 billion MTN fine, the minister said government is not considering any out of court settlement with the company.

He said: â€œHonestly, Iâ€™m hearing this for the first time, again the case is in court, it was MTN who took government to court because perhaps to while away time, though I donâ€™t want to cast any aspersion.

â€œIâ€™m aware also that after the court they made certain moves, but you know very well that in situation like this, the initial sensitivity is involved as far as we are concerned there cannot a court settlement unless the fees is paid so that government will not be put under pressure. For now, Iâ€™m not aware of any of court settlement.â€

In a remark, the Minister of Information, Culture and Tourism, Alhaji Lai Mohammed, said the ICT ministry is crucial to the overall development of the country, adding that it can contribute to job and wealth creation, adding that it has become one of the easiest tools to fighting crimes and terrorism.