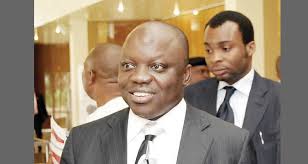 Governor Emmanuel Uduaghan has inaugurated a 21-man Peace Committee that would interface between the host community, Ugborodo and the Federal Government on the 16 billion dollars Delta Gas City project located at Ogidigben.

Governor Uduaghan, inaugurating the committee in Asaba explained that he laid the foundation for the truce between the parties that culminated in the peace committee.

He handed over the peace process to the offices of the Inspector General of Police (IGP) and the Chief of Naval Staff (CNS) to maintain neutrality and give credibility to the process and its outcome.

Governor Uduaghan disclosed that President Goodluck Jonathan, as part of his transformation agenda, was committed to the successful completion and takeoff of the Ugborodo Export Processing Zone (EPZ) and would be flagging it off very soon.Dr. Uduaghan informed that the project was to be sited at Koko initially but had to be relocated to Ogidigben due to the shallow nature of the waterways.He commended President Jonathan and other Nigerians for allowing the project to remain in Delta State, noting that a lot of interests were on for the project to be moved to other states of the country.While congratulating the different warring factions in Ugborodo for agreeing to toe the line of peace, Governor Uduaghan observed that the reconciliation of the warring factions that culminated in the setting up of the EPZ Interface Committee was a good development that would be beneficial to the Ugborodo Community, Itsekiri nation, Delta State and Nigeria at large.Mr Austin Oborogbeyi of the State Board of Internal Revenue is the Chairman of the Committee with each of the two parties nominating 10 members, one of whom would serve as secretary.

The State Attorney General and Commissioner for Justice, Mr. Charles Ajuyah, (SAN) had, before the inauguration, given a report of the series of meetings called by IGP and the CNS, where the decision on the composition of the Committee was reached.Mr Oborogbeyi, Chairman of the Committee in his response said the issue of factions in Ugborodo was over as everybody in the community had resolved to live in peace and work for the progress of the community, the State and the country.He thanked President Jonathan and Governor Uduaghan for their determination and commitment towards ensuring that the project went on unhindered during the period of the communal crisis, assuring that the committee would work assiduously towards restoring lasting peace in the area.