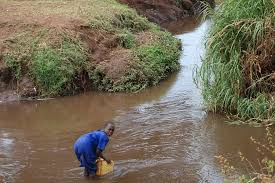 The Country Directors of each of the donor agencies announced the new financial commitment in Abuja during a two day workshop with the theme: â€œStrengthening the Implementation of Urban Water Sector Reform in Nigeria.â€

The World Bank Country Director, Marie Francoise Marie-Nelly disclosed that the bank had provided a support bank financing of $250million for the third phase of water sector reform in Bauchi, Rivers, Ekiti, and Cross River state.

She said the lack of access to water and sanitation in Nigeria was not acceptable, adding that women spend months looking for safe drinking water.

The Deputy Country Director AfDB, Mrs. Babara Barungi said the bank was providing a finance facility of $205million to boost water supply and sanitation in Rivers State, adding that the bank have Invested $760million in the sector since 1986.

She called for improved financial management in states where the projects are located.

He said the funds will assist the World Bank investment in its third phase programme to increase access to water, sanitation.

He said JICA was working towards building capacities of State Water Board Agencies to improve the provision of utilities to consumers.

In her response, the Minister of Water Resources, Mrs. Sarah Ochekpe said despite the intervention of the donor agencies, the states were not doing well in implementing the urban water sector reform.

She urged governors of benefiting states to give support and create enabling environment for the project to thrive.