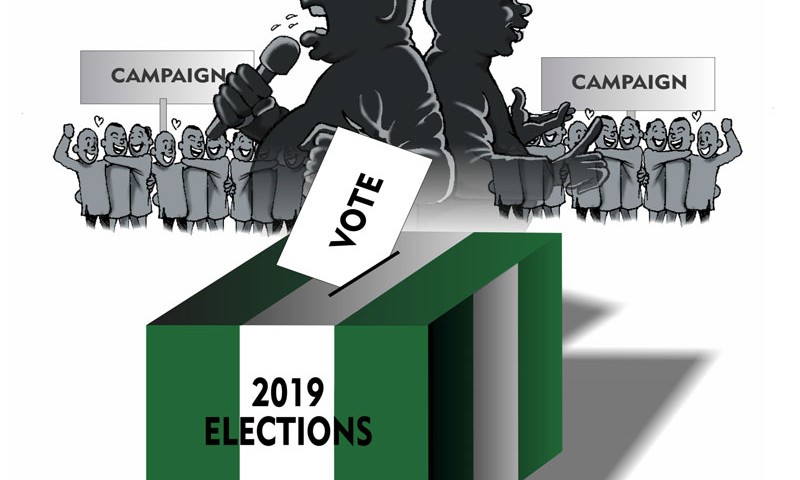 The United States has raised the alarm that widespread vote-buying could mar Nigeria’s general elections coming up next month.

This is coming as the Senate President, Dr. Bukola Saraki, Thursday called for the convocation of a stakeholders’ meeting by the Independent National Electoral Commission (INEC) to address the issue of alleged buying of Permanent Voters Card (PVC) by politicians ahead of the general elections.

To stem the increasing cases of inducement of voters, the Economic and Financial Crimes Commission (EFCC), has also finalised plans to host a concert aimed at rallying the grassroots against the menace.

The US Deputy Ambassador, Jonathan Cohen, who spoke yesterday during a United Nations Security Council meeting on West Africa, urged politicians, civil society groups and community leaders to ensure that the election was free and fair.

Cohen said, “The United States sees a risk that widespread vote-buying could challenge the integrity of the election process.

“We are concerned about reports of intimidation and partisanship by security forces, heightened insecurity and inability of internally displaced persons or persons with disabilities to vote.”

AFP reported that the UN envoy for West Africa, Mohamed Ibn Chambas, said Boko Haram attacks had increased over the past months.

He explained that during the last week of December alone, the Islamist militants staged three attacks on army bases.

Chambas said “tensions are high” in Nigeria ahead of the vote, but that prospects for peaceful elections had brightened with the signing of an accord last month in which parties pledged to support calm and order.

Meanwhile, Saraki, yesterday called for the convocation of a stakeholders’ meeting by the Independent National Electoral Commission (INEC) to address the issue of alleged buying of Permanent Voters Card (PVC) by politicians ahead of the general elections.

The stakeholders meeting which, according to Saraki, should be summoned as soon as possible by INEC Chairman, Prof. Mahmood Yakubu, with the sole aim of formulating plans and ideas on how to render useless, the intention of politicians who Yakubu claimed are buying PVC.

The Senate President while reacting to a statement credited to INEC boss that some politicians were already scheming to purchase PVCs, urged the INEC boss not to stop at raising the alarm but immediately devise water-tight arrangement to make futile the efforts of such unscrupulous politicians.

Saraki in a statement by his Media Adviser, Yusuph Olaniyonu, declared that all stakeholders must come up fast with a solution to render useless the antics of those who intend to procure voter’s cards.

According to him, “we all need to put our heads together and I am sure that such stakeholders’ meeting will not only nip in the bud the looming danger, it will also engender general confidence in the system and create a system in which all stakeholders become problem solvers”.

Saraki emphasised that buying of PVC by politicians as alleged by INEC chairman constitutes a major threat to the successful conduct of the polls, as it can become the single factor to decide where victory swings in the election.

“We have continued to maintain that manipulation of election results does not start and end on election day. It starts long before the day and goes on even after the declaration of results. That is why we have to continually be vigilant and once we identify any threat to free, fair and transparent conduct of a credible election like the INEC chairman has done, all stakeholders must put heads together to block the loopholes”.

In a related development, the EFCC has finalised plans to host a concert aimed at rallying the grassroots against the inducement of voters and raising the consciousness of Nigerians against various forms of money laundering activities.

The “Say No to Vote Buying” concert, scheduled for January 13, 2019, at the Unity Fountain, Abuja, according to Acting Chairman of the EFCC, Ibrahim Magu, is part of the commission’s corruption prevention efforts, aimed at sensitising the public against the ills of corruption.

Targeted Killings of Security Operatives by Criminals in the Niger Delta – February 14-20, 2021