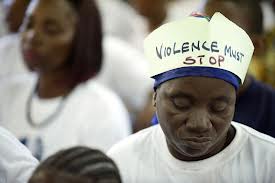 The US Consulate General in partnership with the US Department of State Bureau of Conflict and Stabilisation Operations, CSO, recently launched a conflict mitigation initiative in the Niger-Delta region.

The new legacy, which will ensure a non-violent activism, is expected to stabilise the resource-rich Niger-Delta, a region noted to be the economic engine of the country, and the US, through a core group of Nigerian civic leaders and activists has declared a strong interest in supporting the country’s effort towards achieving a peaceful, prosperous and secure Nigeria.

Although the region is historically prone to violence, the absence of a social contract at the local level, coupled with poor public service delivery, youth unemployment, environmental degradation, upcoming national and state-level elections, in addition to the planned end of amnesty, leave the region vulnerable to renewed conflict.

It is noted that by reducing this vulnerability, which is in the interests of both the US and Nigeria government, the issue of violence in the Niger-Delta region would be addressed and Nigeria would have succeeded in inspiring growth and improvement through such supported efforts.

Interestingly, a large number of Nigerians are striving for a future of peace and prosperity in the Niger-Delta, including journalists and religious leaders, and the US government also hopes to play a catalytic role in the region to assist in reducing the likelihood of mass violence in the region in the next 2 years.

And by partnering with Nigerians who are already shaping this course, the US government, through supported efforts from the community and government will ensure impactful tracking frequency and intensity of violence using open source, ‘big data’ tools.

They would also conduct SMS and in-person surveys to measure attitudes and behaviour regarding violence, activism, and government responsiveness in order to break the cycles of violence in the Niger-Delta.