MADE Winds down Six-year Agricultural Programme in Niger Delta 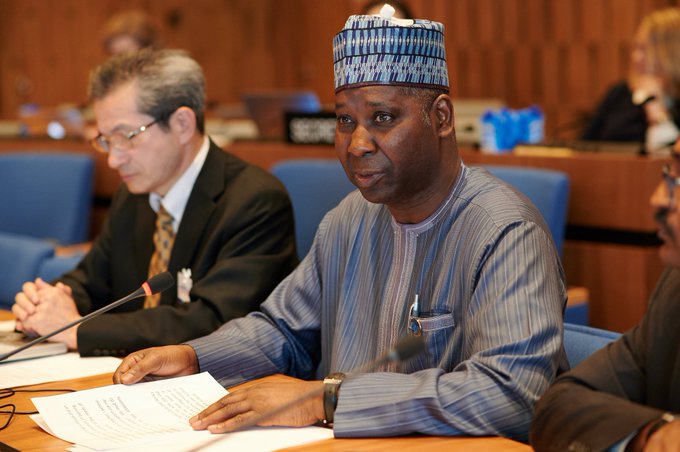 On the second anniversary of this major landmark, it is pertinent to ask whether there is anything worth celebrating in the field of education, and if so, what constitutes the “appropriate manner” to do so.

The rising school enrolment rates worldwide are by itself cause for celebration. More and more children are going to, and staying in, school.

The successes so far recorded notwithstanding, the education sector is wrestling with mammoth challenges worldwide.

Among these are the precipitate decline in the quality and standards of education, the failure to factor the work place’s skills requirements into learning processes, the widening knowledge gap between students in technically advanced societies and their counterparts in developing countries, the danger and the obstacles that learning faces in conflict zones, the growing incidence of bullying in schools, and the declining esteem of the teaching profession.

The 2018 PISA results released by the OECD underscore the scope and magnitude of the contemporary learning crisis. According to the comparative survey of learning outcomes in the participating countries, over 10 million students were not able to complete even the most basic reading tasks. What is intriguing is that those struggling with basic reading were 15-year old children in 79 high- and middle-income countries.

If education fails to produce truly literate individuals or to close the digital gap between developed and developing economies, does it at least equip school leavers with the skills they need to adapt to the demands of a rapidly changing world and to fulfill contemporary employment requirements? The typical workplace of today is very much unlike that of the past.

By the same token, tomorrow’s workplace will be drastically different from that of yesterday or of today. The skills needed to operate assembly-line processes will be grossly inadequate for an information economy that relies on artificial, as it does human, intelligence.

And here lies the problem with the state of contemporary education. If truth be told, today’s education needs to bridge the yawning gap between the modern workplace’s needs for specialized skills, on the one hand, and actual learning opportunities, on the other.

Ebenezar Wikina: What I Learned from Lecturing (Part I)

School curricular have yet to anticipate and respond to workplace needs for hands-on, vocational, ICT applications, and sundry technical skills, while still advancing the traditional scholastic pursuits.

The significance of the deficits in education outcome becomes obvious when viewed alongside the spiraling population crisis.

Estimates by the Global Coalition for Business Education suggest that by 2030, there will be 1.5 billion school-age children in low- and middle-income countries. If the trend continues, over 50 percent —880 million children—will not have the skills they need to be productive members of society.

Countries with rapidly growing youth populations, especially the low-income countries in Sub-Saharan Africa and the Middle East, will not be on track to acquire the skills they need to succeed in the workplace of 2030.

Exacerbating the mismatch between school curricular and workplace demands are the other deficits in which education has not adequately bridged. Notable among these are social skills gaps, meaning, the gaps in inter-personal and inter-cultural relations proficiency.

Needless to add that the cause of peace and security cannot be served until humans in every part of the globe realize that they share a common destiny and that they are obliged to co-exist with one another regardless of cultural and other differences. Yet, crucial as it might be, education for global citizenship is still at a rudimentary stage.

We have thus far focused on education in relatively normal environments. The fate of school children trapped in conflict zones is deserving of even more urgent attention. According to UNICEF, 500 attacks were staged in schools in 20 countries worldwide in 2017.

The BusinessGreen Guide to the SDGs: SDG17 – Partnerships for the Goals

In 15 of the 20 countries, troops and rebel forces virtually commandeered schools and turned them into military posts. Thousands of children were recruited into fighting forces, made to serve as suicide bombers, or forced to endure direct attacks.

The learning environment may also be rendered unsafe by gun-toting, machete-wielding, gangs, and unruly youths, and by sexual predators on school premises.

Natural disasters pose additional threats to the learning environment. Cyclones, hurricanes, and storms are among weather and climatic conditions that periodically wreak havoc on school buildings and facilities, and by so doing, make learning difficult, if not impossible.

The choices that education stakeholders make have a direct impact on various social groups, particularly, disadvantaged groups like rural communities, the urban poor, persons with disabilities, and women. As regards the last category, it is significant to note that nearly two-thirds of all the illiterate adults in the world are female, the majority of whom are in under-developed countries.

Choice also becomes critical as the education sector struggles with how to elevate the status of the teaching profession, recruit competent and highly motivated teachers, and expose teachers to innovative teaching techniques.

Against the background just described, and considering the importance attached to inclusive quality education in my vision for the 74th Session of the UN General Assembly, my office, in collaboration with other partners, picked “Aligning Inclusive Quality Education Policies with Sustainable Development Goals” as the theme of this year’s International Day of Education. Fortunately, the gloomy picture earlier painted has its bright spots.

Forward-looking education policies have contributed to the attainment of SDG targets in some countries. The high-level interactive sessions will, besides affording an opportunity for networking, enable participants at this year’s International Day of Education to share international good practices in inclusive quality education.

Muhammad-Bande is the President of the 74th session of the United Nations (UN) General Assembly.