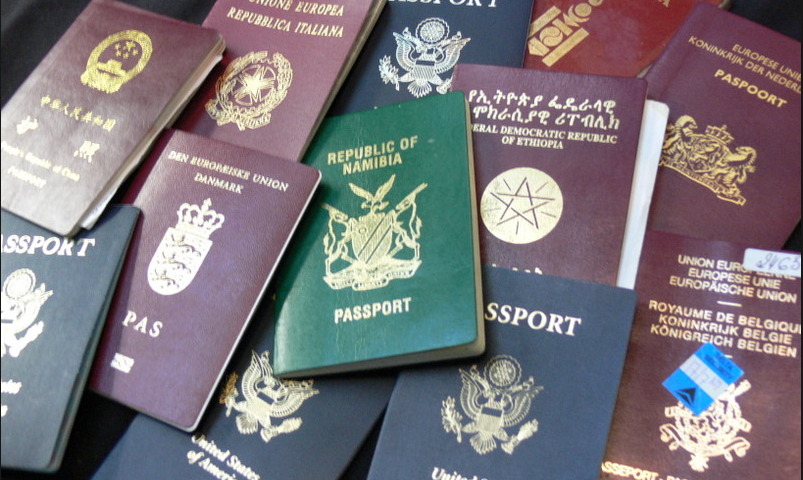 Well, nothing is ever a big deal until it hits home.

Many Africans are denied entry into foreign countries with the main reason being that they won’t come back to their countries of origin. Other reasons also being the political status of a country carrying with its threats to security, health, and the country’s social system.

Let us focus on the message that is conveyed mostly, “not enough confidence that one will return to their country of origin.” A Deutsche Welle data analysis reveals that Africa tops the list of rejections of all processed applications.

The mere fact that Africans aren’t mean with the African visas, is disturbing. Just a radical thought, if Africa would close its borders for a week to sort out her issues the rest of the world would literally die. Our leaders could use this to ‘grab the balls’ of the western countries to work for better lateral relations. But they opt for an approach that makes us appear weak on a global scope. This makes me wonder if our leaders are African at all

My thought: these leaders should be called political representatives. The title ‘African’ is too honourable and it should be earned. We welcome foreigners into our countries to do business, explore and even spend their holidays here. But when our visa applications are being evaluated for approval, the chances stand at very thin or none. Just to mention a few examples: Recently, in the trade summit held in California, absolutely no African citizen attended. Talk about good collaborations, right? It’s absurd.

Opinion: How innovators are responding to the changing nature of work

In global summits where African leaders are invited, they are promised that plans for collaborations are being made in light of having more Africans do business, study and even work in mostly the western countries. These promises only hold a paper value as executing them is never guaranteed. “We want to make it possible for more young people from Ghana to study or learn a trade in Germany. I think we must fight illegal migration, but on the other hand we must also open legal opportunities especially for young people,’ Chancellor Angela Merkel said during a visit by Ghana’s president Nana Akufa-Addo.

I dare say that this is just an example of good public relations. The statistics currently are entirely against this statement. Sadly, this cuts across all countries in Africa. After the mentioning of the blue plate, Africans were meant to think that the problem was about our governments, yet we see the problem is not local.

As it is, Africans need to hold certain titles in order to get visa approvals, (guarantee that they’ll come back to perform their duties, of course). Then what about the young Africans who are looking for opportunities to network and even grow career-wise?

Foreign embassies have established themselves in African countries and employed Africans to work in them, an act that I think if they had other options, they’d bring their own people also to work in their embassies. Where are the Africans who studied International Relations? (If they can deny your own people access into their country, what makes you think that they are comfortable with you working for them? Well, thoughts for another day).

I know that many African countries are independent but I think our minds are still colonized. Travel opportunities are ever advertised by embassies saying how much they value their guests, but from where I stand, I think it’s a money-making opportunity for many of these embassies. Why would they ask one to apply and pay for visas if they know fully-well, they won’t grant you the visa? Acts of impunity.

With the waking and ever-increasing concern of the rate of visa denials to Africans, these cries seem to fall on deaf ears, and its slowly being embraced as a norm. Sadly, our African leaders seem to be weak or rather reluctant in addressing this issue. And if they are addressing it, what progress have they made? While laying aside cowardice, coming out of colonized minds needs pure thoughts and a united heart.

Our freedom fighters fought for Africa and lost their families, properties and some lost even their very own lives to attain independence. Some were even taken from their countries to serve as slaves in foreign countries but managed to fight their way back to Africa, and for the lucky ones, they made their way into their native countries. According to the analysts who evaluate African visa applications, the passport undesirables, this is a continent that we would do everything to leave! The fighters and the slaves are us. May the love of our ancestors be born again, so that our land and people may be redeemed.

This is just on migration. Which other leash have we put on ourselves and allowed someone else to hold?

One will read this article and think that I am one bitter young African girl. Please add disgusted to the list. We cannot have a continent that its leaders are failing whereas the rest of the world leaders are fighting for better spaces for its people globally.

If animals and birds can migrate, so can we!

Eva Jean is a graduate student from Egerton university with a Bachelor’s degree in Natural Resources Management. She’s an innovative young lady from Kenya, who is very passionate about social work and matters concerning youth inclusivity in governance.

Disclaimer: The opinions expressed in this article are solely those of the author and not of NDLink