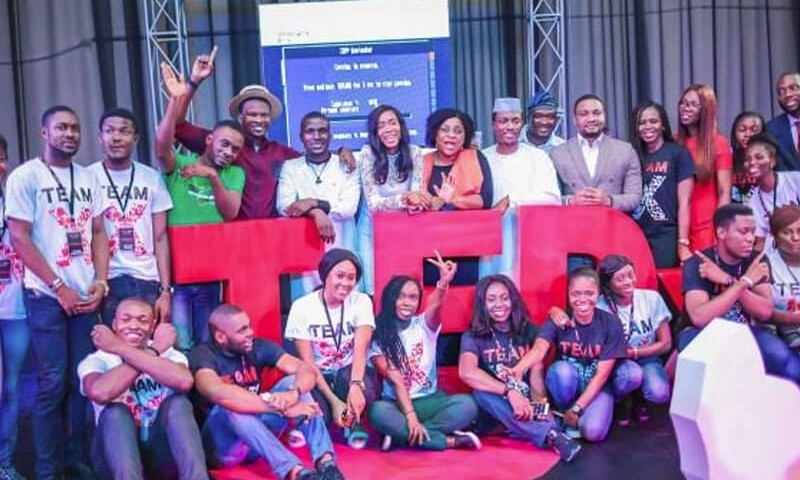 It was a network of extraordinary young leaders, entrepreneurs, executives and media representatives, where seven speakers examined contemporary issues with participants. The dialogue was through the popular TEDx Platform, an international platform that sparks ideas and finds innovative solutions to local issues.

Simply tagged TedXOgunu because it was hosted by in the community in Warri, the convener, a young entrepreneur, Orode Uduaghan, pegged the theme of the one-day event on “restructuring the future through innovative ideas”.

The event had a diverse line-up of speakers on various topics ranging from education and education policy for disadvantaged communities, public health issues, digital marketing, leadership and growth, changing the African narrative through storytelling, amongst others.

Speaking on what informed the initiative, the convener, Uduaghan said Warri and Delta State, in general, had come a long way, adding that the dream to host TEDxOgunu was borne from her childhood experiences and a burning need to reshape the narrative for Warri, Delta State and Nigeria as a whole.

She stated, “TEDxOgunu is not the TEDxevent where we only speak about ideas. TEDxOgunu is the TEDx event where we work towards implementing ideas. That was the goal when we put this together and this vision was shared on our @TEDxOGUNU handle on various social media platforms. Warri is hardly known for anything other than the repertoire of comedians that have blossomed from there. However, a solid ecosystem of start-ups, entrepreneurs, agri-preneurs, IT and Co-creation hubs has sprouted in recent years but has not received as much coverage.

“We must support them, tell our stories and present our narratives in a way that will let the world acknowledge these strides. We also used an innovative organisational approach during the planning which led to an almost completely volunteer-managed event and ensured that local businesses and personalities had time to share their visions before introducing speakers. This has already led to some possible collaboration which my team and I are grooming.”

To further buttress her resolve towards using the TEDx platform to bring about innovative change in the Niger Delta, Orode led a team that included some speakers for the event to see the Governor of Delta State, Governor Ifeanyi Okowa, who was impressed by the level of organisation and listened intently to the ideas that were shared. He also committed to supporting the implementation of these ideas as they would lead to improvements in the quality of lives of citizens of the state.

One of the speakers, Onye Ubanatu, a documentary filmmaker who is also the CEO of MPML Media said, “TEDxOgunu provided a platform to change the narrative surrounding Warri and be an inspiration to others. As someone who grew up in Warri, I realised early in life, the importance of knowing that every experience prepares an individual for a bigger picture and provides an opportunity to inspire others. It is thus very important that we articulate our processes, keep walking and moving forward knowing that there is much to learn and shared for the greater good. TEDxOgunu provided just that platform.”

However, the event was not all about the speakers alone. Of course, there was room for vendors and entrepreneurs to interact and network. To this end, Uduaghan said beyond the platform, it was necessary for participants to follow up their takeaway from the event with action. “It has come and gone. Now it is time for implementation of the ideas raised. It is not just about indigenes making their communities great alone, but it is a helpful place to start. It does not have to be ideas or attendees of the just concluded TEDxOgunu that have a say in what progressive steps need to be taken, but we are positive that we have gingered their consciousness towards innovative change. It’s time we as Nigerians see Nigeria as a whole, as a worthwhile stake to invest in,” she further stated.