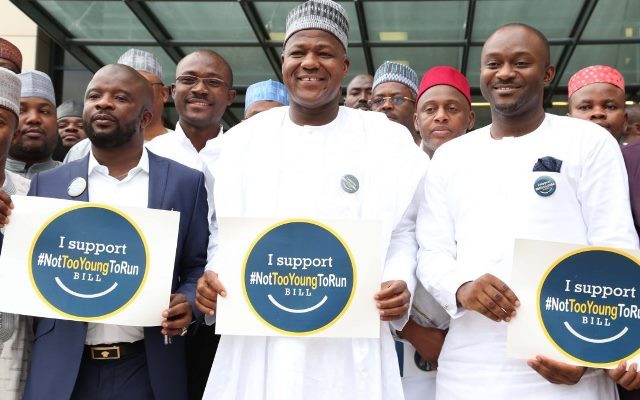 The electoral system as presently constituted does not create a level playing field for every citizen. The constitution under Sections 65(2)(b), 106(d); 131(C), and 177 (C) read alongside section 221 clearly stipulates that candidates must be sponsored by political parties and only parties can canvass for votes. This is probably the basis of the appearance of party logos on ballot papers as against names or photos of candidates.

This position has been upheld by the courts in a number of cases. The most recent is the case of Faleke Vs INEC, where the court inter alia held that in tandem with Section 221 of the Constitution, “it is the party that wins the election.” There so gainsaying that the 1999 constitution is a compendium of contradictions. The same ground norm that guarantees citizens freedom of association and expression makes membership of political party criteria for seeking political office. Unfortunately, the constitution also restricts and limits voter choices to candidates presented by parties and political godfathers even where the candidates are unqualified, morally bankrupt, and incompetent.

As an instrument of social re-engineering, law responds to emerging trends, needs, and norms dominant in a society. The National Assembly acted appropriately by passing the independent candidature bill to safeguard the public interest.

The recent amendment on independent candidature

The independent candidacy bill is Bill No 15 in the constitution amendment bills recently passed by the National Assembly. 82 Senators voted YES to the amendment while 5 voted No and 3 abstained. In the House, 275 votes in support, 14 voted No and only 1 member abstained. The Independent candidacy bill as passed by the National Assembly seeks to amend six sections of the constitution:

Section 65 was also amended to provide for independent candidature in the National Assembly elections. For election into the Senate or House of Representatives, independent candidates shall be nominated by at least 10 registered voters, each of whose signatures on the nomination form shall be verified and authenticated as provided by law, from at least two-thirds of the electoral wards in the relevant electoral constituency and subject to a deposit payment as may be prescribed by an Act of the National Assembly which shall also prescribe the conditions for the refund of such deposit.

Section 106 amended to introduce independent candidature in the House of Assembly elections. The qualifications for the house of assembly elections are the same as prescribed for local government election

Why the clamor for independent candidature?

It is important to note that the quality of the candidate selection process determines the quality of political leadership. This no doubt has direct implications for governance and citizens’ participation. In a democracy, political parties shouldn’t be the sole platform for actualizing political ambition. The democratic space should be expanded. Cost of politics. Running for elections is an expensive enterprise. The process is heavily monetized and this constitutes a challenge for women and youth aspirants. Political parties are fond of imposing outrageous amount for party nomination forms and other sundry charges. With independent candidature, candidates will focus on mobilizing voters rather than buying expensive nomination forms and procuring party delegates.

Increasing demand for popular participation and freedom of choice. The constitutional requirement of party sponsorship as a qualification for running for office restricts freedom of choice of voters and the right to seek elective office. Furthermore, it violates the fundamental right of thought, association, and expression of individuals who are competent and qualified to run for office as they are compelled to obtain membership of parties even if they don’t subscribe to their ideals.

On the other hand, voters are left with limited voting choices as they can only vote candidates presented by parties even where in reality it’s the godfathers that determine candidates in the parties. Competitive politics. Democracy thrives on healthy electoral competition. Competition of ideas, issues, programs, policies, and practice. There’s so much identity-based politics as opposed to issue-based politics. Independent candidature will liberalize the political space and enhance electoral competitiveness as a candidate will campaign on issues.

In Nigeria, today, political parties are the beneficiaries of votes cast in elections. The critical question to ask is whether the voter who cast his/her ballot on election day votes for the party or the candidate. While there are no empirical data to justify this, it is fast becoming a norm that voters no longer vote for parties but candidates and that is why parties are fielding electable candidates. The election of incumbent President Muhammadu Buhari is a readily available example to justify this assertion. Popularly referred to as ‘Mai Gaskiya’ (Man of truth or trustworthy), his integrity endeared many Nigerians to vote for him.

There are several legitimate arguments against independent candidature. These arguments are however rebuttable as I establish below:

Fear of abuse: Opponents of the amendment, posit that the independent candidature will be abused by Nigerians. They argue that the amendment if passed will lead to a situation where every Dick and Harry will aspire to run for office thereby complicating the electoral process. It is probably this reason that led the framers of the amendments to introduce conditions for access to the ballot into the amendment. However, it must be emphasized that the right to aspire for office and choice must at all times outweigh fear of abuse, logistics or cost.

Undoubtedly, independent candidacy if successfully ratified by the two-third majority of state assemblies and assented by the President will expand the democratic space, promote competitive politics and reduce voter apathy. It is impressive to note that Nigeria is making efforts to liberalize the electoral environment using the mechanism of constitution review in the public interest. It now beholds on other stakeholders to seize the unique opportunity and commence robust public enlightenment/civic education program to mobilize citizens on the gains of the amendments to the constitution.

However, I will like to pause this piece with four questions for reflections on independent candidature:

Are the conditions introduced by the National Assembly substantial to prevent against any abuse of the amendment?

Who should determine/formulate the guidelines and procedures for access to the ballot? The Independent National Electoral Commission or National Assembly?

With the introduction of independent candidature, will locus to submit an election petition in election tribunal or court be extended to citizens?

When will the consequential amendments for the operationalization of this amendment be made to the electoral act?

Samson Itodo is an election and constitution building enthusiast. He is the Executive Director of the Youth Initiative for Advocacy, Growth & Advancement (YIAGA), and the convener of the Not Too Young To Run movement. He tweets @DSamsonItodo.