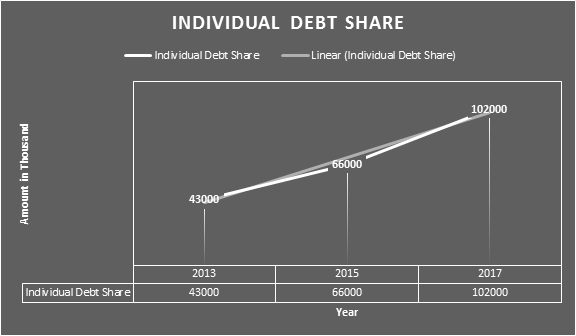 It was Fela Kuti that said “Trouble sleep, Yanga go wake am.” Wise words from a decent man I must add, but the point here is that you owe 102,000 Naira. Your wife gave birth yesterday to your first child? Congratulations man; you, your wife and your baby now owe 102,000 Naira each. Here is a consolation, those your village people, those firmly against your progress, they all owe 102,000 each too. “Kpatakpata na draw”, Fela didn’t say this, but those are wise words. 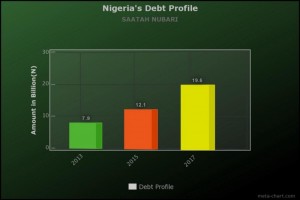 When these figures get in contact with some mathematical symbols, the entire dynamics does change. You are probably awaiting the explanation regarding how you and every other Nigerian is indebted up to the tune of 102,000 Naira as at this year. Not to worry, that is what we will be calculating next.

According to the Nigeria Bureau of Statistics’ 2016 Poverty Report, 67.1% of our population live below the poverty line. That 67.1 percent of the populations translates to approximately 112,000,000.

To be “designated” as poor, you should be earning at least $2 a day. At 350 Naira to $1, that is 750 Naira a day and 22,500 Naira a month, and 127,000,000 Nigerians are poor and cannot boast of that amount as total income monthly. We have not included those on the income level above 22,500 a month, who still cannot pay 102,000 Naira even if you put a gun to their head. It doesn’t matter to the government of President Buhari that having arguably outborrowed almost every government in Nigeria’s very short history, he has nothing to show for it, and yet, the very poor Nigerian populace, from Sokoto to Rivers State, have to bear the brunt of his miasadventure. Another point I want you to take note of is that, despite borrowing in excess of 7,500,000,000,000 within the last two years, the present Federal Government under President Buhari has not commissioned a major project it started. Still, it wants to borrow more without being able to account, by any means, how it has spent trillions of Naira or billions of Dollars on the Nigerian economy with nothing to show for it. Mr Patrick will call this something like “criminal criminalness” but it doesn’t fit. I’ll instead say it is as a result of our own “foolish foolishness.”

The 2019 elections will soon be upon us, and these same people who have mismanaged the economy and our resources and sent us deep into this blackhole of debt have begun strategising, but we, the people, are not strategising. Voter registration is still very low. It is easier to say something like “wetin concern me” than go out to cast a vote for the right persons and defend that vote. This thing isn’t magic, Nigerians need to be more involved in the political process, but until then, “wetin concern me,” every Nigerian owes 102,000 Naira, and “I no gree, I no gree” will not change it.

This article was completed in the wee hours of the morning, and although it was thoroughly edited, there might be some typographical, graphical, numerical and/or statistical errors. Bear in mind that, if unfortunately those errors exist, they were innocently made. I’m on Twitter @Saatah or you can email me Saatahnubari@gmail.com