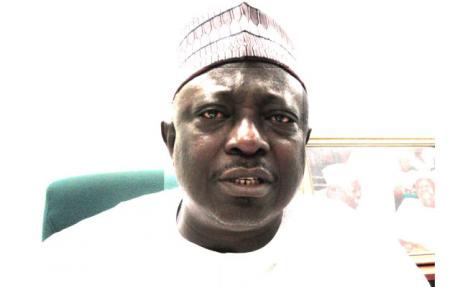 Hon. Umar Buba Jibril, Deputy Majority Leader of the House of Representatives, has described as propaganda and cheap lies allegations by Human rights lawyer and former chairman of the National Human Rights Commission (NHRC), Chidi Anselm Odinkalu, that the NGO regulation bill, is totalitarian and when passed will hamper the operations of religious bodies, humanitarian agencies as well as esusu system in the village.

Odinkalu launched a five-minute video campaign against the NGO regulation bill about to be passed by the National Assembly on Thursday that has gone viral.

He outlined the implications of the proposed law for religious bodies, humanitarian agencies and even the esusu system in the village.

He urged Nigerians to rise up and resist the bill by taking the campaign to their elected representatives.

But in a swift response sent to our correspondent, Jibril, countered Odinkalu saying contrary  to his campaign, “religious bodies and organizations are NOT NGOs.”

The law maker alleged that recent developments have shown that; some  registered NGOs solicited for funds and disappeared while some others in the northeast in particular are conduit to fund the activities of terrorist and insurgents.

He also accused accused some of the NGOs of recruiting expatriates to help them run their activities in the country with lots of abuses.

According to Jubril who also said regulating NGOs is not new in the continent, citing Kenya as an example, “the Nigerian parliament is an institution governed by rules and traditions. When a bill is for public hearing you go there and present your views like other interested Nigerians and invited cooperate bodies and government agencies for the standing committee to do justice to the bill. Period!”

The Deputy Majority Leader of the House said, “Our quasi financial institutions at local levels are NOT NGOs! These organizations have existed for centuries to serve businesses and commerce of our market women and traders.

“Now NGOs (Non-Governmental Organizations) and CSOs (Civil Society Organizations) are voluntary organizations that are registered to partner Government at all levels to fill gaps wherever they exist. They are supposed to be partners in progress with the Government; therefore the need for a commission to serve this purpose arises

“Secondly and naturally for them to carry out their activities, the NGOs and CSOs solicit for funds from all over the World and collect billions of naira on behalf of Nigerians!

“Thirdly they recruit expatriates to help them run their activities in the country with lots of abuses, etc.

“However, recent developments have shown that; Some people registered NGOs, solicited for funds and disappeared. That happened recently in the North East; Some NGOs are used to fund the activities of terrorist and insurgents!

“The NGOs bill therefore is primarily to set up a commission to regulate their activities and provide a platform for robust relationships between them and the government for the interests of Nigerians. In addition it is to ensure TRANSPARENCY and ACCOUNTABILITY in the ways and manners the NGOs collect moneys and use them for Nigerians.

“The NGOs bill is not new or peculiar to Nigeria. It exists in many countries particularly in the ECOWAS sub- region and all over Africa and other continents. In Europe, Israel passed theirs last year! Kenya has a similar law since 1990!

Nigeria is and should not be a banana republic where anything goes.

“Finally, the way the NGOs are reacting to this wonderful and well packaged bill particularly SERAP is not only shameful but condemnable.

“The Nigerian parliament is an institution governed by rules and traditions. When a bill is for public hearing you go there and present your views like other interested Nigerians and invited cooperate bodies and government agencies for the standing committee to do justice to the bill. Period!

“Going on cheap propaganda and blackmail and even calling on World bodies including the United Nation to help you withdraw a bill from our National Assembly will not help you!”

Culled from: The Sun