P4P members trained on the importance of video recording, photography and use of social media tools

IWMI WetIn is the New App that tracks Flood in Nigeria 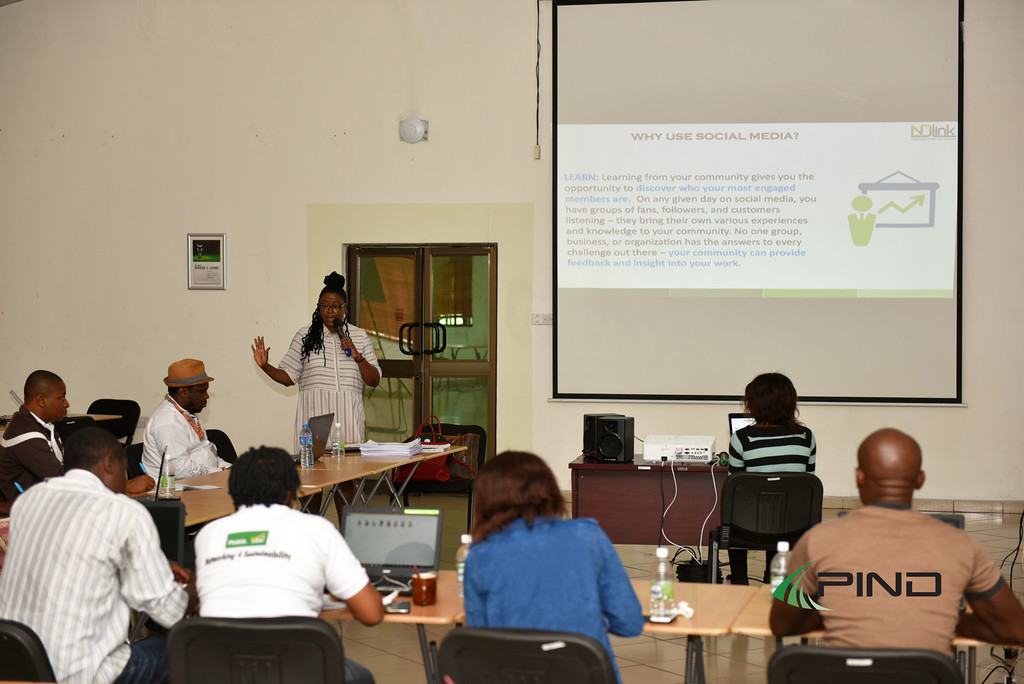 The recent media training held between 25-30 July 2016 and conducted by the Partners for Peace project (a peace building program of The Foundation for Partnership Initiatives in the Niger Delta (PIND) for its state chapter leaders illustrated the fact that good story telling is very critical for effectively illustrating impact of your work. The importance of good story telling cannot be over emphasized. Story telling is a valuable and necessary skill in measuring impact in development activities.

Since August 2013, P4P, a network of women, men, and youth with a stake in building peace in their communities have worked with traditional rulers, civil society actors, government officials, community leaders, and students to empower communities most affected by violence and give voice to those most strongly committed to peace and development. The P4P network has nine state-level chapters in the Niger Delta, and dozens of sub-chapters at the local government area level. Hundreds have been trained in conflict assessment and are now actively implementing peacebuilding projects and activities to address communal conflict, land disputes, political tensions, and youth restiveness across the region. The P4P network considers story telling as a very vital tool in achieving its goals and in getting its message to the right audiences. 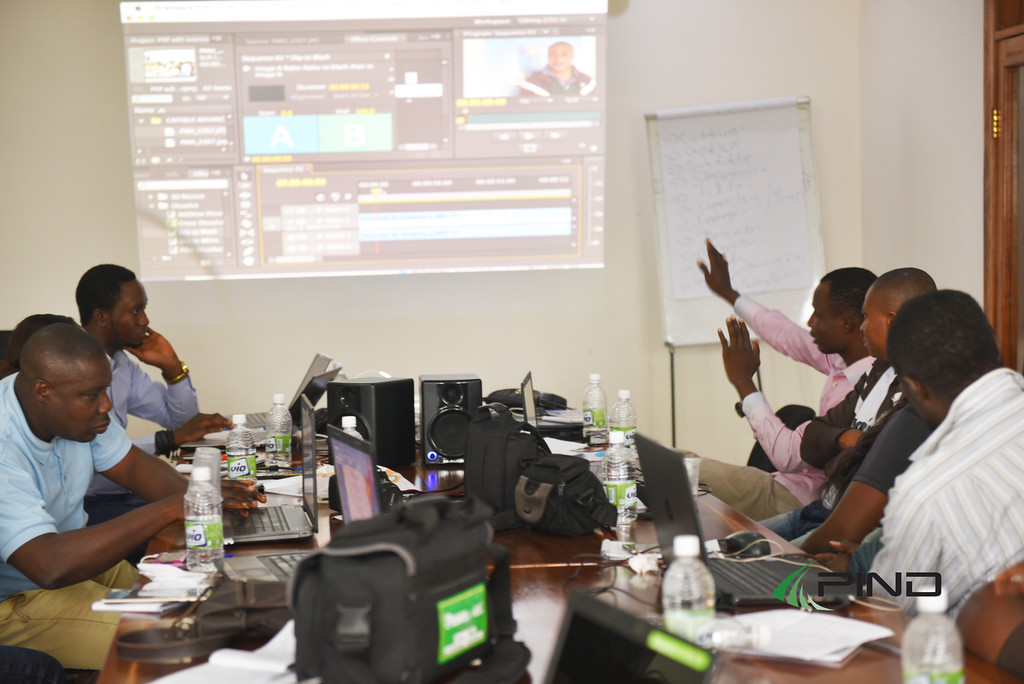 Participant asking a question during a session on video editing 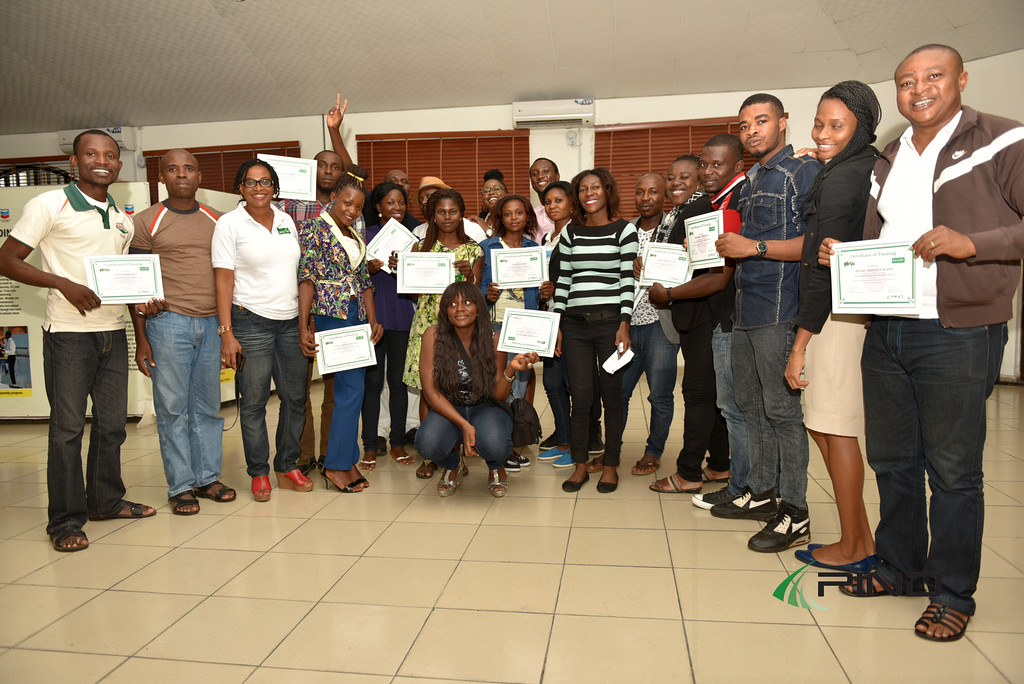 Participants and facilitators in a group photograph

The training which was held at the premises of PINDâ€™s Economic Development Centre in Warri had in attendance 19 state chapter leaders. The objectives of the training were to build the skills and capacities of the P4P members to be able to identify stories in their activities as well as record and edit videos, create awareness on the use of pictures as a tool for storytelling, build photography skills and to expose participants to the use of social media as a tool for communication and advocacy.

One participant, Excel Otito from the Delta state chapter, expressed enthusiasm at the new knowledge gained from the training.Â  â€˜â€™I am glad to be a part of this training. I particularly took interest in the photography classes and I can say that my skills have really been developed. I also gained very insightful knowledge in the video editing session.â€™â€™ He said.

At the end of the training participants expressed their satisfaction in the method of delivery and exposure they had gotten especially on the use of social media as a tool for development.