Why VP Osinbajo is in Ondo State this Week 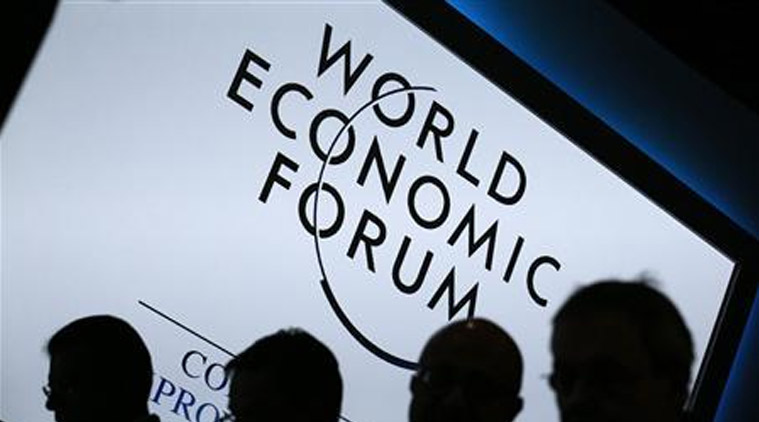 The World Economic Forum (WEF) has ranked Nigeria 114th out of 130 economies in the overall ranking of its Global Human Capital Index for 2017.

According to the report, Nigeria, which recently climbed out of recession, still has plenty of work ahead to do in order to build a more resilient, future-proof workforce.

“Relatively speaking, it (Nigeria) does better in ensuring the talents at its disposal are deployed effectively within the economy (66),” it stated.

The Global Human Capital Index 2017 ranks 130 countries on how well they are developing their human capital on a scale from zero (worst) to 100 (best) across four thematic dimensions—capacity, deployment, development and know-how—and five distinct age groups or generations—0–14 years; 15–24 years; 25–54 years; 55–64 years; and 65 years and over—to capture the full human capital potential profile of a country. It can be used as a tool to assess progress within countries and points to opportunities for cross-country learning and exchange.
In addition, the report stated that with an overall average score of 52.97, sub-Saharan Africa was the lowest-ranked region in the index.

It ranked Rwanda (71), Ghana (72), Cameroon (73) and Mauritius (74), stating that the respective countries developed more than 60 per cent of their human capital.
“South Africa (87), the region’s second largest economy, comes towards the middle in the region. Nigeria (114) ranks in the lower midfield and Ethiopia (127) is the lowest performer, fourth from the bottom on the index overall,” it added.

The top 10 in the ranking were Norway (1), Finland (2), Switzerland (3) – as well as large economies such as the United States (4) and Germany (6). Four countries from East Asia and the Pacific region, three countries from the Eastern Europe and Central Asia region and one country from the Middle East and North Africa region were also in the index.

Globally, the latest report found that countries’ failure to adequately develop people’s talents was underpinning inequality by depriving people of opportunity and access to a broad base of good-quality work. It further noted that investments in education often fail due to inadequate focus on lifelong learning, failure to develop high-skilled opportunities and a mismatch of skills required for entering and succeeding in the labour market.
Precisely, it showed that 62 per cent of human capital has now been developed globally, while only 25 nations have tapped 70 per cent of their people’s human capital or more. With the majority of countries leveraging between 50 per cent and 70 per cent of their human capital, 14 countries remain below 50 per cent, it stated.

WEF added:”Efforts to fully realise people’s economic potential – in countries at all stages of economic development – are falling short due to ineffective deployment of skills throughout the workforce, development of future skills and adequate promotion of ongoing learning for those already in employment.

“These failures to translate investment in education during the formative years into opportunities for higher-quality work during the working lifetime contributes to income inequality by blocking the two pathways to social inclusion, education and work.”

A fundamental tenet of the report was that accumulation of skills does not end at a formal education, and that the continuous application and accumulation of skills through work was part of human capital development.
It also stated that all too often economies already possess the required talent but fail to deploy it.
The Founder and Executive Chairman of WEF, Klaus Schwab explained: “While much is often made of intergenerational inequalities when it comes to the realisation of human capital, the report finds every generation faces considerable challenges when it comes to realising individual potential.

“For example, while younger people are consistently better off than older generations when it comes to the initial investment in their education, their skills are not always deployed effectively and too many employers continue to look for ready-made talent. The problem of under-deployment of skills among the young also affects those coming towards the end of their working life.

“The Fourth Industrial Revolution does not just disrupt employment, it creates a shortfall of newly required skills. Therefore, we are facing a global talent crisis. We need a new mind-set and a true revolution to adapt our educational systems to the education needed for the future work force.”

Also, Head of Education, Gender and Work, WEF, Saadia Zahidi, said: “Countries’ strategies for developing human capital should vary according to demographic structure. However, every country risks creating lost generations if they fail to adopt a more holistic approach to nurturing talent that takes into account a proactive approach to managing the transition from education to employment and to ongoing learning and skills acquisition.”