World Economic Forum Report: The Future of Jobs and Skills in Africa 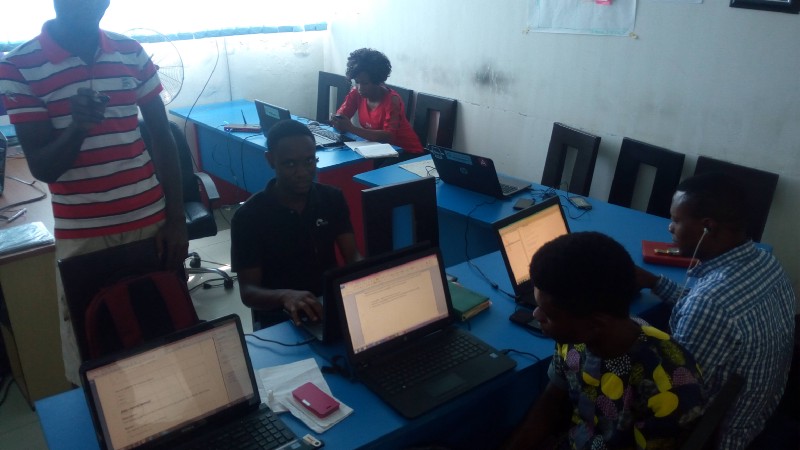 Last year one of my favourite gifts was an autographed copy of “The Fourth Industrial Revolution” written by Prof Klaus Schwab, founder of the World Economic Forum, which I got when I was in Geneva for Global Shapers Community’s Annual Curators Meeting.

Prof Schwab always speaks very passionately when he describes the transition the world is currently undergoing; in the book, he describes it as something the world has never experienced before. In his own words, “We stand on the brink of a technological revolution that will fundamentally alter the way we live, work, and relate to one another. In its scale, scope, and complexity, the transformation will be unlike anything humankind has experienced before.”

Can we already see that transformation happening? Yes, shopping online is the new norm in Nigeria. When I wrote my UTME (Unified Tertiary Matriculation Exam) in 2008 I wrote with paper and pencil. My younger brother will be writing the same exam in a few weeks with a computer.

The peculiarity with the Fourth Industrial Revolution is that it will happen very fast and you might wake up one morning to find out that the world is totally different from what it was the night before. One of my favourite quotes from an article describing the digital revolution in the Economist puts it succinctly;

“the stone age didn’t end for lack of stones…”

For the Niger Delta, the world’s third-largest delta, popular for being one of the major oil-producing regions in the world. I keep asking, how would the tech revolution hit the region? Would we still be holding on to crude oil and one day wake up to realize nobody wants to buy our oil? These are the questions that set me on the journey to discover what the tech future could hold for the Niger Delta and its people. 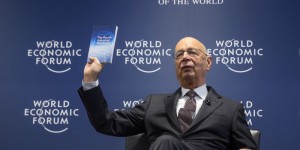 In February 2017 I got the rare privilege of working with Stakeholders Democracy Network (SDN)on a research project to access the tech ecosystem in three Niger Delta States namely; Rivers, Cross River, and Akwa Ibom States.

My friend ThankGod Okorisha and I travel for over 12 hours through Uyo, Calabar, and Port Harcourt to speak with the people who are; starting hubs and co-working spaces, building apps, and organizing events and meetups to encourage the development of tech solutions to problems facing various communities in the Niger Delta.

This journey transformed me as you will see in the documentary. It gave me hope. It increased my belief in the region and its emerging millennials who are taking their destiny into their hands and making their voices heard in the conversations that matter.

This journey also increased my belief in myself. 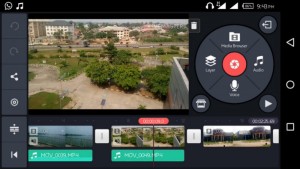 Screenshot of Kinemaster while working on the documentary

I couldn’t believe that I actually shot, edited, and completely produced a documentary with my mobile phone. Like, are you guys kidding me? I had never ever shot a documentary in my life prior to this time! I’m serious I didn’t even know what I was doing.

RTE Journalist, Glen Mulcahy predicts that by 2021 the media will be dominated by mobile, and as I write this over 500 media professionals are gathering in Galway for the 2017 Mobile Journalism Conference (MoJoCon). I myself got involved with New Media (and the internet in general) through my mobile phone not because it was classy but because that was all I had. I went on to produce an interview series out of curiosity that has now featured over 120 leaders and experts from around the world.

This is why the idea of producing this with my phone didn’t seem very alien to me — even if this was my first shot.

Too much talk right? Now see what I eventually made

This is not an all-encompassing story. For want of time, I couldn’t feature everyone from the Tech space in the Niger Delta who is doing amazing work. However, there will be sequels and you can follow me on Twitter, Facebook, everywhere @EbenezarWikina if you have story ideas or suggestions on what I can make better.

Ebenezar Wikina is a member of the NDLink team