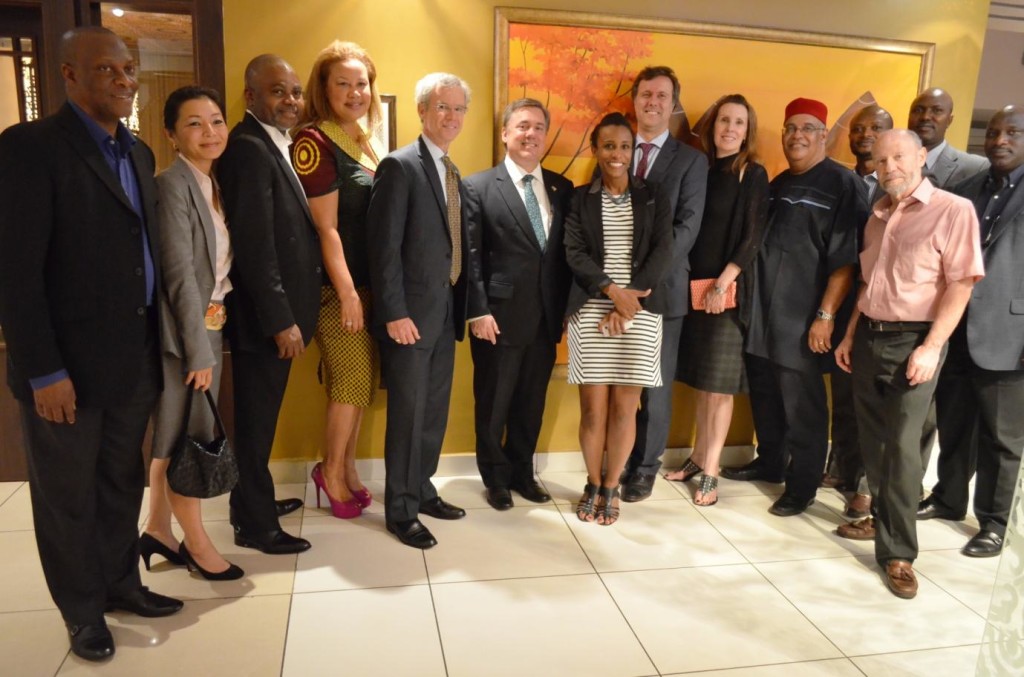 The newly appointed Chevron Managing Director/PIND Board of Trusteesâ€™ Chairman Mr. Clay Neff, on the 16 and 17th of September 2014 met with PIND Foundationâ€™s management, staff and partners at the organizationâ€™s Abuja office as part of his tour of the Foundationâ€™s offices and project sites.

This visit is the first of its kind for Mr. Neff since his taking over the chairmanship of the Board from Mr. Andrew Fawthrop, former Managing Director of Chevron Nigeria Limited and PIND Chairman, in July 2014. This is also the second visit of a member of Chevron leadership to PIND Foundationâ€™s offices within a year; on February 3-7, Executive Vice President of Chevron Corporation Ms. Rhonda Zygocki visited PINDâ€™s offices and project sites in Warri and Abuja.

In his comments, Michael Harvey (USAID Mission Director) stated that it has been exciting working with PIND and commended Chevron for establishing such an initiative. Ben Mellor (Head of DFID) expressed the desire of his organization to continue to work with PIND especially as both organizations have similar approaches to market development.

Following the reception, PIND Management made presentations to apprise the new Chairman of the Foundationâ€™s work in the different program and project areas. The Executive Director of PIND, Sam Daibo gave an overview of the Foundation, how it began, and its contribution to Chevronâ€™s mission in Nigeria; while the Program Director, Dara Akala explained the strategic framework that undergirds its approach to economic development. The presentations also covered the importance of mainstreaming capacity building and peace building to economic development in the Niger Delta, PINDâ€™s emphasis on knowledge management and documentation, and how the organization tracks progress of its various interventions throughout the region. 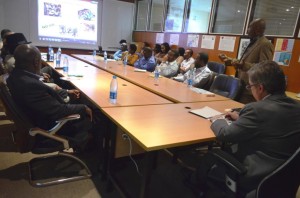 Following the presentation, Mr. Neff thanked PIND management for their presentations and acknowledged the effort of all PIND staff in arranging for his visit, whilst also looking forward to visiting PINDâ€™s project sites in the field in the coming weeks. He expressed pleasure at the strides PIND has made so far, and his support for the Foundation as it continues to work towards increasing income and employment in the Niger Delta.