NEPAD to launch 15 Programmes in line with Nigeria’s ERGP

#StartupSouth3 Enugu Pre-Conference as it happened 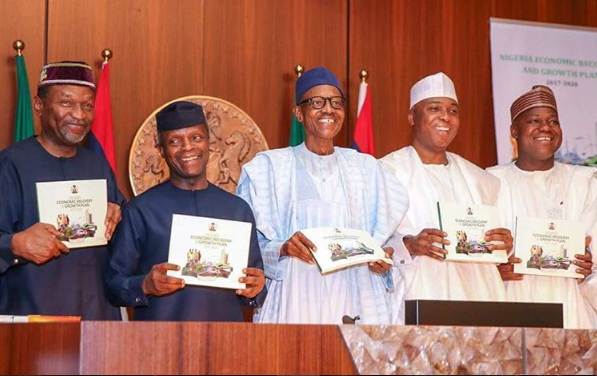 The New Partnership for Africa’s Development (NEPAD) says it will implement 15 programmes in 2018, in line with the Economic Recovery and Growth Plan (ERGP) of the Federal Government.

NEPAD’s National Coordinator/Chief Executive Officer, Princess Gloria Akobundu said this on Friday in Abuja, at a news conference to mark her one year in office.

Akobundu said that the programmes would be in four primary areas of NEPAD’s mandate; namely poverty eradication, promoting sustainable growth and development and economic development as well as women empowerment.

She, however, said one programme would be organised on Africa Electoral Summit in Nigeria, aimed at deepening electoral cultural and reducing election-associated conflicts.

“We are going to launch the programme in the first quarter of 2018.

“We are going to focus on how to make 2019 elections free from violence and conflict by sensitising all the stakeholders, especially youths to keep off from trouble,’’ the Coordinator said.

She said that NEPAD would do programmes to promote and monitor the Sustainable Development Goals (SDGs) to create visibility and make it trickle down to the grassroots in the six geopolitical zones.

Akobundu said that the office would also launch skill initiative for Africa in collaboration with NEPAD continental office and the German Government.

“We will do programmes to promote national unity through sports, host Africa trade fair for Indigenous Products and Services in collaboration with the Africa Union.

“We are planning to conduct a national workshop on Effective Teaching and Learning of Mathematics in collaboration with UNESCO in the six geopolitical zones.

“This will be done in collaboration with the Federal Ministry of Education and other Ministries, Departments and Agencies (MDAs).

“We are also preparing for the 2nd Peer Review of Nigeria,’’ she said.

On her achievements in the past one year, Akobundu said NEPAD had developed and operationalised many concepts and ideas that were aimed at achieving the ERGP.

The Coordinator said that NEPAD had collaborated with some MDAs, state governments, embassies to carry some programmes and projects.

She said that the office had developed synergies that sought to establish agriculture as an alternative revenue earner for the country in line with the vision of the Federal Government.

“We have carried out Agro-Park/Green House Projects in Taraba, FCT and other states.

“We have facilitated the exportation of yam tubers agreement to Cote’d Ivoire and other countries; we have developed farm clusters for women cooperatives and organisations.

“We have also facilitated renewable energy such as the rice husk-to- electricity project in Abakaliki, Ebonyi and other states,’’ she said.

In addition, she said that the office had managed to attend international programmes across Africa in spite of the paucity of funds.

According to her, the programmes are aimed at re-establishing the relevance of Nigeria in the affairs of NEPAD and AU.

NEPAD is a socio-economic flagship programme of the AU.

It facilities and coordinates the development of continent-wide programmes and projects mobilise resources and engages the global community, Regional Communities, like ECOWAS and other member states.