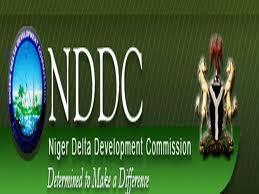 The free medical services, which ends on Friday, November 7 is taking place at the Maternity and Child Health Centre in Ogbe Ukwu, Ndoni.

The Chief Medical Director for the programme, Dr. Titus Antai, while briefing the press, said that he was very impressed by the massive turn-out of the people to take advantage of the free health care.

According to him, over 500 patients were attended to within the first 2 days of the one-week programme.

Dr. Antai, who highlighted the benefits of the NDDC free medical programme, noted that it was very useful for the poor and less privileged people.

He stressed that many people in the rural areas find it difficult to access medical services on account of poverty, citing the cases of two women whose deliveries were delayed because they could not raise the money for a caesarian section in a private clinic.

He also said that the people complained that medical services in their communities were expensive because they are seen as coming from oil-producing areas.

The Vice Chairman of Global Hands Medical Foundation, Elder Ita Onukak, also expressed satisfaction that the people of Ndoni and the neighbouring communities came in large numbers for the free health mission.

Some of those who benefited from the free health programme thanked the NDDC for bringing the free medical programme to their communities, including a woman, Mrs. Chigozie Isaac, who was delivered of twins, a boy and a girl. Although the boy died at birth, the Ndoni woman was still full of praises to God and the NDDC for the surviving girl.

The popular Free Health Care Medical Programme, which covers different communities in the Niger Delta region, is part of NDDCâ€™s commitment to enhance better healthcare delivery to the people.

It offered many major surgeries for fibroid, ovarian cyst, hernia and caesarean sections. The team also performed cataract extraction for some patients with impaired vision.