IFAD Advises Farmers in Delta to Improve On Cropping Method 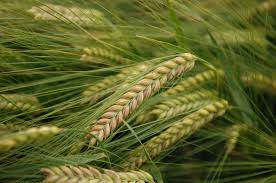 Amadi disclosed this at the 15th IFAD/NDDC/FGN Supervision Mission organised by IFAD in Port Harcourt on Thursday.

He said IFAD designed a Community-Based Natural Resource Management Programme (CBNRMP) to empower at least 400,000 households in the rural communities through agriculture.

He said the Commission, Â as partners in the project, was expected to release $15 million to support the progamme.

â€ NDDC is to release $15 millionÂ for the programme, Â so far we have released more than $12 million, so we are almost through with our payments.

â€œBy my assessment, IFAD has achieved 75 per cent of its targetÂ and most rural dwellers are now integrated into agricultural entrepreneurship.â€™â€™

Dr Irene Ibeakuzie, National Programme Coordinator of IFAD, urgedÂ state governments and other stake holders to pay their counterpart funds to make the programme a success.

She said the programme recorded huge success in the various states as agricultural investments ranging from crop farming to animal husbandry were done using best improved varieties and global practice.

Ibeakuzie called on the youths to be part of the initiative to ensure food security and employment generation through agriculture.

On her part, Mrs Atsupo Toda, National Programme Manager of IFAD, urged more women and youths to engage in agriculture to achieve food security in the country.

She said the Federal Government should ensure programme sustainability through funding of agricultural programmes. (NAN).