Makoko Floating School nominated for global Design Of The Year 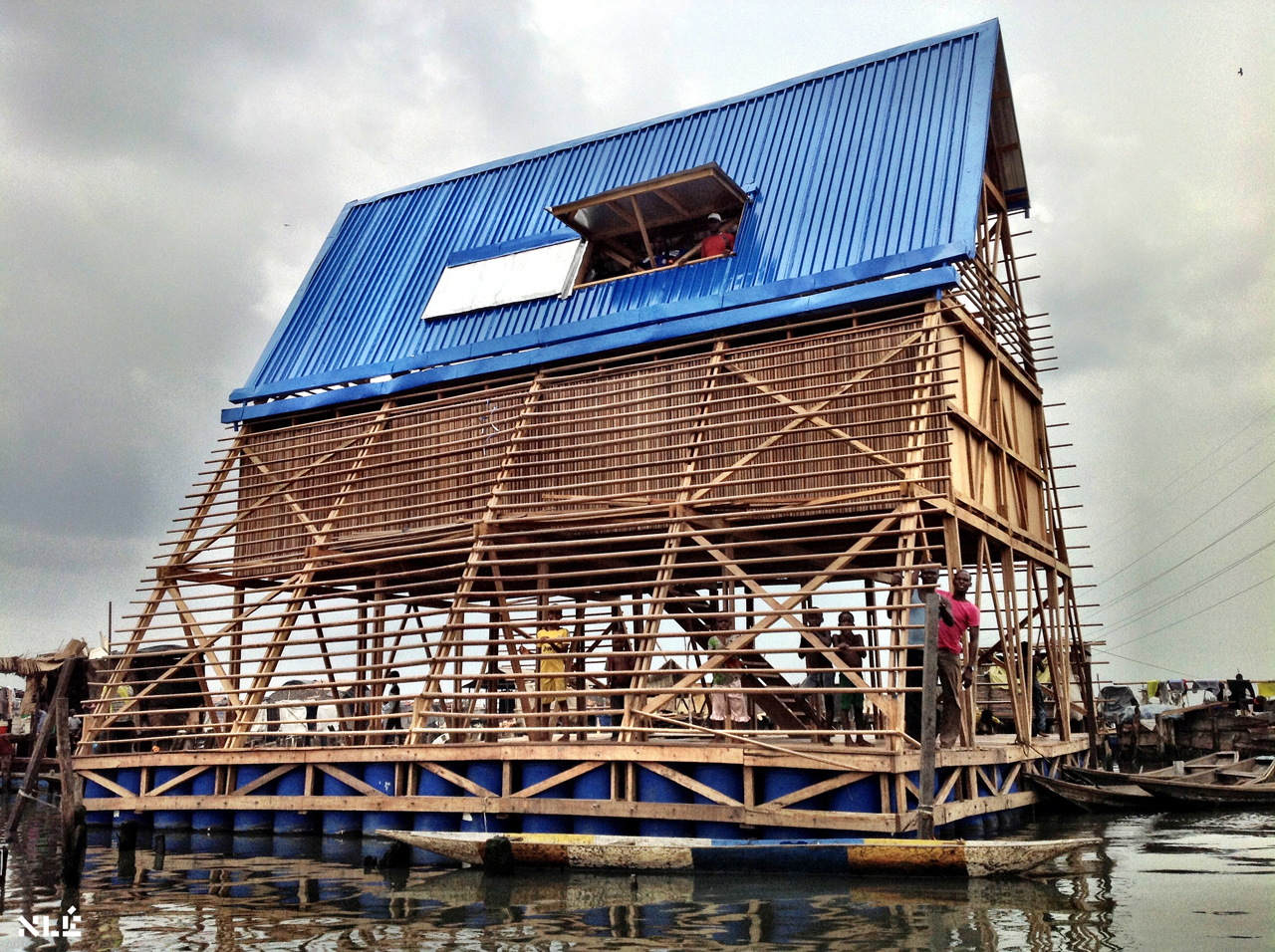 Al Jazeeraâ€™s new series Rebel Architecture uncovers the architects who are shunning the glamour of â€˜starchitectureâ€™ and using design to tackle the worldâ€™s urban, environmental and social crises. The series premieres on 18 August 2014.

His episode, Working on Water, focuses on his partnerships with coastal slum communities to pioneer floating buildings, including a school at sea in Makoko waterfront in Lagos and a floating radio station in Chicoco in Port Harcourt.

There was a mass government demolition targeting Makokoâ€™s 250 000 slum dwellers in July 2012, while last year KunlÃ©â€™s floating school was labelled â€œillegalâ€ by the authorities and threatened with demolition. The school only received federal approval earlier this year after it was nominated as Design of the Year by Londonâ€™s Design Museum.

The residents of both Makoko and Chicoco live in fear of demolition but KunlÃ© believes that forced evictions are not the solution, â€œThere are hundreds if not thousands of Makokos all over Africa,â€ he says. â€œWe cannot simply displace this population; itâ€™s important to think about how to develop them, how to create enabling environments for them to thrive, to improve the sanitation conditions, to provide the infrastructure, schools and hospitals to make it a healthy place.â€

He says the idea of floating structures came out of his discussions with the community about how to resolve the challenges of flooding and of building into marshy, muddy soil.

â€œIâ€™ve spent a large part of my career developing an expertise on high profile, large scale projects â€“ museums, corporate headquarters for international organisations, skyscrapers,â€ says KunlÃ©. â€œMy belief is that in developing Africa we need to find solutions that can be developed by the grassroots, through the grassroots, and achieve the same level of significance as we have on the high-end projects.â€

â€œThis series challenges our conceptions of architecture and design and the way we cover them in the media,â€ says Giles Trendle, Director of Programmes at Al Jazeera English. â€œWith surprising and inspiring stories from all over the world, itâ€™s completely unlike any other programme on architecture.â€