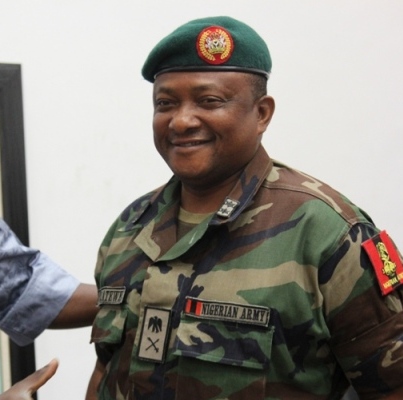 The Joint Task Force JTF in its effort to encourage youths to shun oil theft and criminality has inaugurated a water scheme and renovated a primary school building for the people of Koluama and Igbomotoru communities in Bayelsa state.

Speaking at the inauguration of the projects, the Commander of the JTF in the Niger Delta, Maj-Gen. Emmanuel Atewe said a â€˜carrot and stickâ€™ approach is being adopted to fight oil theft and other crimes in the region.

â€œSo far this approach has been successful as it has reduced oil theft and has also led to the arrest of a vessel laden with 150,000 tonnes of stolen crude in the area. The communities in Southern Ijaw provided timely information that led to the seizure of the vessel by operatives of the JTF in June. The project is our modest way of showing appreciation toward the peaceful disposition of Koluama peopleâ€. He said.

The Chairman of the Community Development Committee Mr Godspower Okosufa while reiterating the commitment of the community to shun oil theft said the JTF has done significantly well in assisting the community in constructing the water project as well as donating football kits, fishing nets to women, sewing machines and facilitating the formation of two football teams in the area .