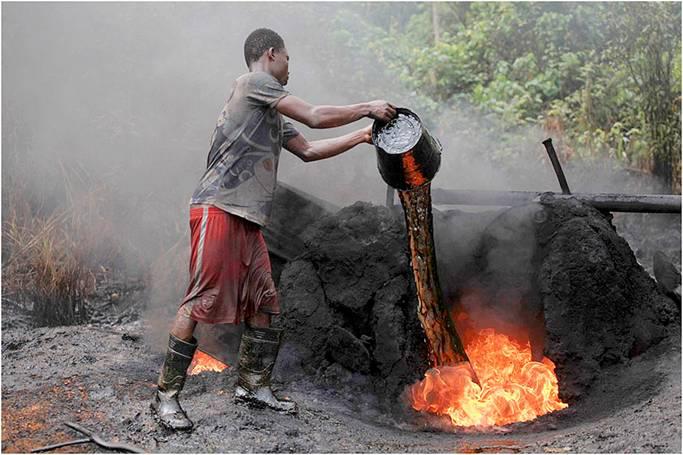 The Joint Task Force (JTF) in the Niger Delta said that it destroyed nine illegal refineries and impounded a barge laden with suspected stolen crude in multiple raids on oil thieves.

A statement issued by Lt.-Col. Mustapha Anka, Media Coordinator of JTF, in Yenagoa on Thursday stated that the raids were carried out within the last 10 days.

It stated that the barge, Dera 1 intercepted on Brass Creek, Brass Local Government Area of the state, was in custody of the JTF.

The JTF spokesman said the vessel and crew would be handed over to prosecuting agency after preliminary investigations were concluded.

The statement stated that five crude oil and Automated Gas Oil (AGO) dumps filed with suspected stolen crude and illegally refined AGO were destroyed during the operation.

The spokesman said the troop seized and destroyed two pumping machines in an abandoned well head and a fibre boat on site.

The JTF, Anka stated, however, handed over a ship registered as MV LAME to the Management of Seatide Marine Ltd., arrested for it alleged involvement in movement of stolen crude.

He said the vessel was arrested on July 9, 2013 on Bonny Anchorage with about 100, 000 litres of illegally refined AGO.

â€œOur investigation that the product was unadulterated AGO which made the Defence Headquarters toÂ order the release of the vessel and the crew. (NAN)