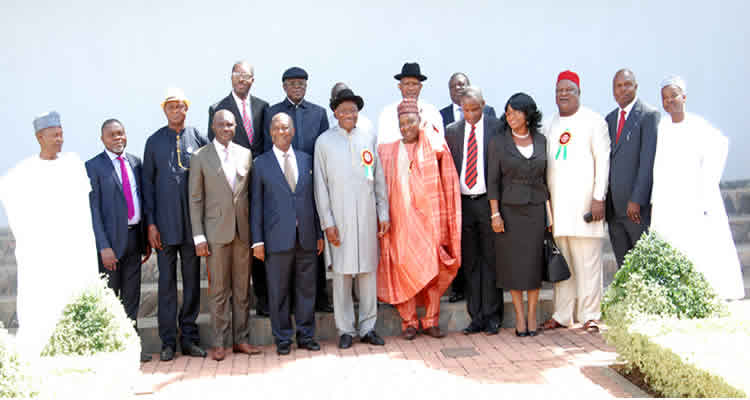 President Goodluck Jonathan has approved the restructuring of the Niger Delta Development Commission (NDDC) to ensure its effectiveness.

The development was confirmed by the Director-General of the Bureau of Public Service Reforms, Dr. Joe Abah.

Abah, while speaking at the opening ceremony of a workshop for Resident Information Officers in Ministries, Departments and Agencies (MDAs) of government, said the move followed the report prepared by the bureau on the restructuring of the commission.

Jonathan had while inaugurating the board and management of the NDDC recently said he would take special interest in the running of the commission.
This he added became imperative in order to ensure that the people of the region enjoyed the benefit of resources released into the commission.
Abah also said the National Strategy on public service reforms, which was first prepared in 2009 but was never formally adopted by the government had been reviewed and updated by the bureau.

These, according to him, were part of the integrated reform programmes being carried out by the bureau to reposition the public service in line with global best practices.

He said: â€œThe bureau had witnessed focused and steady efforts to deliver its mandate. We have refreshed and updated the National Strategy on public service reforms which was first prepared in 2009 but was never formally adopted by government.

â€œMr. President has approved our report on how to restructure the NDDC for greater effectiveness we have developed a new draft curriculum for professionalising human resource management in the public service.â€

The DG, according to the News Agency of Nigeria (NAN), also hinted that by next month, the bureau would be publishing the results of an independent assessment of all the reforms that had been undertaken by the government since 1999.

The assessment, according to him would help provide answers as to how the reforms have improved the quality and quantity of the public service; whether it has helped reduced corruption, cost of governance, and unnecessary bureaucracy.

He added that the bureau was working with the National Bureau of Statistics (NBS) to gauge the perception of Nigerians as to whether these reforms have made any tangible difference in the lives of the people.

In the area of information dissemination, Abah charged the information officers of MDAs to always provide explanations on government policies and programmes to the media.
He said: â€œThe public discourse in Nigeria is often dominated by politics. This means that many citizens are not aware of government efforts to improve their lives.

â€œThankfully, the press is becoming more balanced in its reporting. Their increasing professionalism is to be commended and supported and I urge you to treat members of the press as partners in progress, rather than adversaries.

â€œThis means that as public servants, we must be available to answer questions and explain government policies.Â  We must respond to Freedom of Information (FoI) requests and engage in proactive disclosure because public service is after all, public, rather than private.â€

Also speaking at the event, the Director, Public Communication, Ministry of Information, Mr. Emmanuel Agbegir, said the workshop would help to give the Resident Information Officers a deeper knowledge of the public service reforms as well equip them with strategies to communicate the reforms of the government to the people.