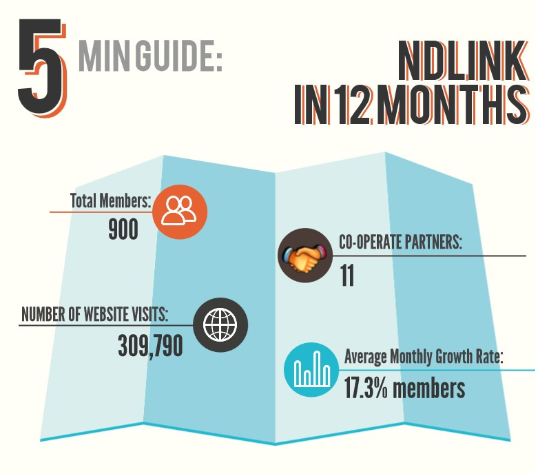 Ese Emerhi has spent the last 5 years building online communities of practice, most recently with the World Bank Institute’s Knowledge Exchange Unit, where she developed strategies and tactics to help emerging online community managers at the World Bank launch and maintain development communities across the world. She returned to Nigeria recently to manage the NDLink Project at PIND Foundation. In this interview, Ese speaks to PIND’s Communication Officer, Saratu Abiola on what NDLink has achieved in the last one year.

1. What was your main focus for NDLink in these early stages?

NDLink was launched in November 2013 as a direct response to the lack of donor coordination of development projects in the region, which has led to duplication of efforts, misalignment of priorities and strategies, and a general lack of knowledge of what development actually looks like in the region. There were pieces of the information scattered in different places, in state and federal agencies, and with local CSOs, but no central space to store and disseminate that data. And whatever data there was out there was often outdated or incomplete, making it that much harder to piece a more coherent picture of development for the region.

– revisiting the design of the platform to make the UX (user experience) more friendly and intuitive for prospective members and partners. This involved revising our terms of conditions (TOCs) to make it more open and easier for members to access data, edit their profiles, and we also spelled out norms and expectations for behavior on the platform. Creating an online community for development practitioners is not a concept that easily translates into behavior norms “online” so we had to spell out to members what to expect and how to use their new space for better collaboration. We also tackled our NDDevelopment and NDProjects section of the site – where we have over 1,000 donor and privately sponsored projects – to try make the data there easier to use and understand. One of the first things I did was to identify a vendor that could help us visualize the data better and thankfully we found and selected Akvo to help us do this.

– creating a robust engagement strategy for member engagement. This involved deepening our online presence by creating specific strategies for Twitter, Facebook, and LinkedIn, the social networks were our members were most concentrated. We also started our monthly newsletters which has become one of our biggest hits this year. Not only do these newsletters share information on what is happening in the region, but it also acts as a “social glue” for our members to remind them of what is happening on the platform and what their peers are up to in their communities. One of the things we tried to do this year was establish a firm forum section of our platform where healthy discussions on a number of topics take place – what we found instead is that our members prefer to talk about issues of development on other social platforms like Facebook and Twitter, and so the newsletter also acted as a reminder to also them to also share “with us” on NDLink.

– and finally, we streamlined our partnership policies to break down barriers for engagement and collaboration with CSOs and businesses who wanted to partner with NDLink.Â  Today, we have 11 partners who believe in the vision of creating a more transparent and open environment around development and we are lucky to count Devex, FocusHub, and Pact Nigeria as part of our growing family. 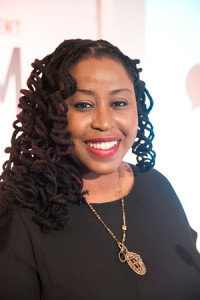 2.Â Â Â Â Â Â Â Building an online community that focuses on development in the Niger Delta is not obvious, because itâ€™s development has mostly been lodged with major donor organizations. WhatÂ  has the reception been like among people outside of the major organizations like USAID and DFID?

The general reception has been warm. CSOs, private businesses, and individuals alike are eager for a more opening up of that space to allow for more honest dialogue on the impact of their work on the constituencies they all claim to be working for. Whenever we go out and speak about the vision of NDLink, conceptually everyone is in alignment, but where it gets tricky has been in the actual implementation of that vision. Ultimately, it’s been about empowering local CSOs to take the data of their projects to tell more compelling stories of their work, and that, quite bluntly, means restructuring the power positions – a thing that is never easy to do and which takes serious diplomacy and time.

3.Â Â Â Â Â Â Â About 56 million Nigerians are online, and the list of Nigeriaâ€™s top sites includes people who write about news, politics, entertainment, sports, and the like. Do Nigerians pay enough attention to issues concerning development?

Surprisingly, enough do pay attention to development news, especially when it comes to jobs. We conducted a social media audit back in January to determine the social universe of current and potential NDLink users and I think we came up with a figure of around 7 million people. It’s not a particularly large number when you compare it to other countries, and in particular the West, where development news is a regular topic of conversation both online and off, but it was a bit daunting for us to try to figure out how to reach those 7 million people. I can’t say that after just one year we have managed to reach them all, but we have made a significant dent on that number, around 3 million. I think that so much of development news has been shrouded in secrecy and misinformation and general fatigue of getting honest and accurate data on it has set in for some segments of the society, those that making their living from doing development work, and it’s a real shame.

Yes, of course! We have been fortunate to be able to leverage the good reputation that PIND has developed over the last 5 years whenever we approach a potential partner, news source, or member. If we had to just rely on the “potential of NDLink” for many of these conversations, I don’t think a lot of the doors that opened for us would have actually opened.

We’ve been trying to preach the gospel of the “collaboration economy” and we have had some good converts! It’s about working smarter, pooling resources to create bigger impacts, and learning from not just our successes but also failures. To be honest, we’re not fully there yet, but we have made some inroads and at least people are listening and there is appetite for wanting to work differently, however that may pan out.

6.Â Â Â Â Â Â Â One of the main aims of NDLink is to help increase collaboration among various stakeholders. A year in, has this begun to happen? Any lessons from early attempts across these stakeholder groups?

It has. It is happening in younger start-ups and very small organizations that have realized that they cannot and should not go it alone, especially when it comes to resources as it is not without end. We only have just a couple of those examples – FocusHub and TEDxYouth – but it’s a signal of what’s to come. One major lesson learned from all of this for us has been in the art of building trust and getting people to be allies/friends with you first before asking for something. It’s been something I’ve been able to bring into this work from my past days of grassroots organizing and community building in the US, where you spend time and energy talking about everything but the thing you absolutely want to talk about, so that when you eventually have “an ask” you will have willing and able ears to listen and more importantly then act on your request.

People love our Twitter account (@_ndlink) and it’s really not surprising – it’s easier to share and connect on that medium than a formal platform like ours. Our biggest feature on NDLink has been our jobs feature and again there, it’s not all that surprising – we have 34 million unemployed youths in this country and everyone is looking for a good or better job. Our third most popular feature is our news section. We share only upbeat development news across the region and it’s been interesting the reactions from our members, from disbelief that a state or federal government is really doing what they say they are doing to pride that something positive is coming out from this region or their particular community. We’ve consistently opened up the space about what is happening development-wise in the region and this is why today, NDLink is ranked among the top 5 sites for “development in the Niger Delta” according to Google.

More collaboration, more engagement of our members on NDLink, and better reporting of the data on projects. Our stakeholders, from government officials to youth, are asking for more and we need to be ready to respond. I’m grateful for the opportunity to do this work and very optimistic of the future of NDLink in helping to change the narrative of what development looks like in the Niger Delta.

The infographic pasted below also shows some of our achievements in our first year of operation and we look forward to another year of impactful work in the Niger Delta region.