Gulf of Guinea progresses towards $1.1bn methanol plant in Nigeria 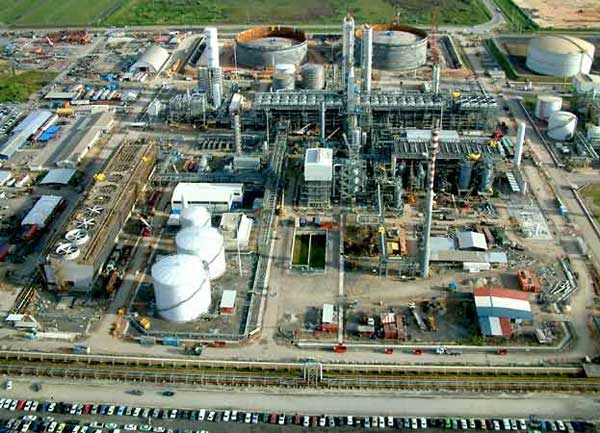 In what is a sign of progress in efforts to enhance gas utilisation in the country, Gulf of Guinea Methanol Limited (GGML) has appointed IHS Global Limited UK, a company with experience in engineering and energy related consulting, to conduct a detailed bankable feasibility study into a world-scale methanol plant in the Niger Delta region.

The methanol facility, which will require an investment of about $1.1 billion and a projected daily production of 5,000 metric tonnes, will be housed in the proposed Gas Industrial Park at Ogidigben in Delta State, an initiative of the federal government designed to be a one-stop shop for gas-based industries in the country.

The methanol plant project sponsor is Gulf of Guinea Oil Exploration Limited (GGOEX) and has Haldor Topsoe AS (HTAS) of Denmark as its strategic partner & licensor.GGML is a company being sponsored by GGOEX.

Nze Joe Ibeh, formerly a director of the United Kingdom subsidiary of the Nigerian National Petroleum Corporation (NNPC), and a director of GGOEX, said in a statement that the company has been working closely with the Gas & Power Directorate of the NNPC for the past 2 years in order to bring the project to fruition.

According to him, the project financiers are at advanced stages of discussions with the Nigerian government in reaching agreements for the allocation and supply of natural gas for the life of the project. He however expressed concerns over the delay in concluding land allocation as well as gas supply as these are key requirements for GGMLâ€™s financial closure.

While stressing the benefits from the success of the project, he addedÂ thatÂ methanol would be derived from processing natural gas, which is an optimum feedstock option available and cost efficient in Nigeria.

â€œThere are no defined chemical development policies in place despite the Vision 20:20:20 agenda intending to make Nigeria one of the top 20 developed countries in the world. This sector is a key factor to realise national industrial development and growth for petrochemical products and technology,â€ Ibeh said.

He noted that the absence of a thriving chemical industry in Nigeria poses a dilemma for the industrial and economic development future of Nigeria, adding that the sector is a key factor to realise national industrial development and growth for petrochemical products and technology.

The absence of a thriving chemical industry in Nigeria poses a dilemma for the industrial and economic development future of Nigeria, he said. â€œThis industry belongs to the oil and gas sector, which is the cornerstone of a vibrant petrochemical industry, and there is a need for structural reforms similar to the telecommunications and financial industry to foster domestic growth in the sector.â€

During a recent courtesy visit to the leaders of Ugborodo community the host community, the community leaders were excited at the siting of the project in their domain, the statement said, adding that the community was however cautioned on the need to maintain peace in order to ensure the successful completion of the project, which would lead to massive job creation and boost the economic activities of the area.