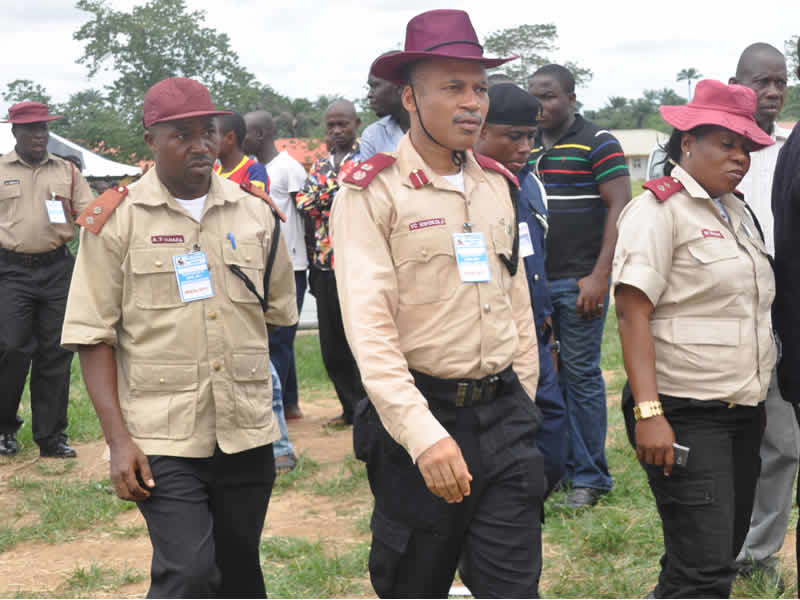 The Imo State Sector Commander of the Federal Road Safety Commission (FRSC), Mr. Yusuf Kolawole, has said that it would commence an aggressive media sensitisation for road users in the state to reduce the rate of carnage on the roads especially during the Yuletide period.

Kolawole announced this at the office of FRSC Imo State, during a joint meeting between the commission, stakeholders and the Zonal Commanding Officer, Zone 9, Enugu, Assistant Corps Marshal Samuel Obayemi.

Obayemi said the FRSC was established not only to penalise road users who disobey traffic laws, but also to make sure that members of the public were properly sensitised to ensure safety while driving.

Obayemi who is in-charge of the RS9H, comprising Enugu, Ebonyi, Abia and Imo states, pointed out that the essence of the meeting was to share the challenges and chart the way forward to bring to the barest minimum, the rate of mishaps on the highways.

The zonal commanding officer stressed further that the ministry of works was responsible for putting road signs while the FRSC has the duty to advise the relevant agencies to do the right thing to make the road safe for the users.

Earlier, the Imo State Sector commander of FRSC, Mr. Yusuf Kolawole, said that Obayemi had been on visitation to the different units of FRSC in the state adding that he brought him (Obayemi) to discuss with the stakeholders for possible improvement in the activities, assuring that the partnership between the FRSC and the stakeholders would be improved for increased productivity in their activities.

Issues that were discussed in the meeting ranged from welfare package stoppage, faking of drivers’ licence, additional heavy load on vans for Imo State to cordial relationship between the FRSC field marshals and the special marshals of the commission.