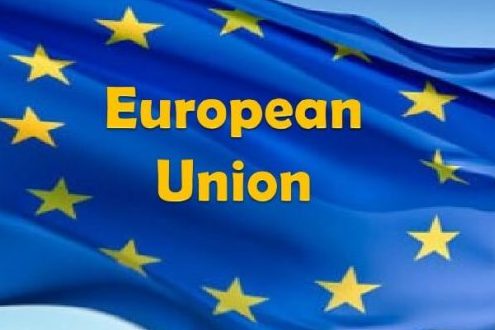 The European Union (EU) yesterday called on the state governments in Niger Delta region to work in tandem with civil society organizations (CSOs) with a view to ensuring that communities in the region benefit from EU-supported initiatives in the region.

This was as the EU called on the state governors to urgently release their counterpart funds for the EU-Niger Delta Support Programme, Component 4 (NDSP 4), focusing on micro-projects. The call was made during the just-concluded Final National Project Steering Committee Meeting of the NDSP4, which took place in Asaba, Delta State, where the representative of the EU, Ms. Montse Pantaleoni, encouraged the region to pay special attention to vulnerable groups, including women and youths.

Key stakeholders, comprising all benefitting states, local government authorities, and civil society organizations across the nine states covered by the project, participated in the meeting. According to the committee, some 833 communities across nine states were benefitting from the micro-projects implemented with support from the EU.

The program, it was learned, commenced in January 2014, with the overall objective of mitigating conflict in the region by addressing the main causes of unrest and violence, which include governance issues, youth unemployment and poor delivery of basic services to the people.

A statement by the committee noted that since its commencement, the program had contributed significantly towards achieving the expected results, which include, among others, to strengthening community governance and development by ensuring infrastructure for community meetings, village and saving associations.

With more than 120 community centres constructed in the region under the partnership support, part of the results was the increased equitable access to basic services with completion of 719 micro-projects, which include water supply infrastructure, health centres, classroom blocks, cassava mills, palm oil mills, open markets, lockup markets and mixed markets and coverage of communities.

Under the EU intervention project, the micro-projects had increased income-generating activities and livelihoods in the communities of intervention, focusing on the most vulnerable youths and women, while cassava and palm oil mills had been constructed for their use with the training of farmers, increasing production and access to markets.

“Market stands have allowed a good number of farmers to market their products, ensuring daily access to markets and increased income allowing them to expand their business with a special focus on rural communities. The program comprises over 200 agro-processing mills (palm oil and cassava) and market stalls (lock-up and open). Communities benefitting from the project have been engaged in effective strategies for the utilization and sustainability of the completed agro-processing mills,” the statement added.

Besides, the EU under the project was said to have spent €45 million on Component 4 of the Niger Delta Support Programme (NDSP4).