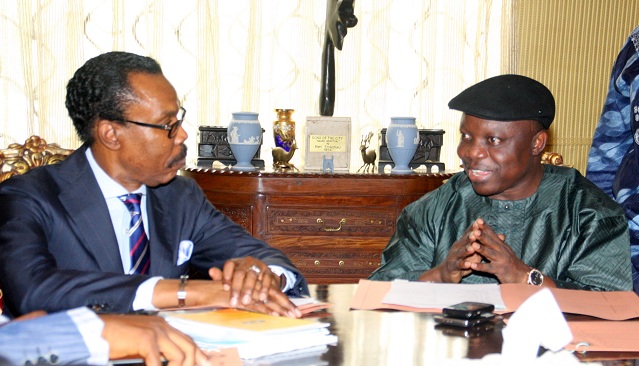 In line with the State governmentâ€™s three-point agenda on peace and security, infrastructure development, and human capital development, Delta State has renewed its move to attract investors and achieve non-oil driven economic growth. In a meeting of the business community with Governor Uduaghan, he stated that security challenges in the state have been reduced to the barest minimum, emphasising that an enabling environment has been created for investors to do business. He further assured investors of the Stateâ€™s commitment to deal with security issues and other challenges that have prevented limiting investors coming to Delta State.

In attracting investors, the State governor, who noted that Delta State is not unaware of the challenging issues around land acquisition, legal issues, and business registration, said he has given the lands bureau the mandate to reduce the time it takes to acquire land and obtain a Certificate of Occupancy. In addition he has also given the Ministry of Justice the mandate to deal with hanging legal issues. Speaking on the issue of business registration in Delta, he said that the government is pursuing a solution to reducing the cost of registering businesses in Delta.

â€œWe need to look beyond oil! Our three point agenda captures important areas we need to achieve desired growth beyond oil. We are working on developing power generation so as to subsidise the costs for those in our rural communities; we are developing Warri port to ease trade – the road leading to the port which ordinarily is a Federal road is being constructed by Delta State. There is another port development coming, it is a deep-sea port at Obiligwe escravos. We are also doing a lot of programmes in ICT development and developing Warri industrial business park which acts as a cluster for businesses,â€ he told participants at the meeting held in Lagos.

The big names at the meeting include MTN, Nigerian Stock Exchange, SPAR, UPDC, Vigeo Holdings, among others. The purpose of the meeting, which had in attendance leaders of the private sector and Delta State senior government officials, was to know the incentives investors require from Delta State.

Speaking at the meeting, Chairman of Delta State Economic Advisory Team, Bismark Rewane, said that Delta State has developed a concept of economic growth beyond oil. â€œLooking around the world, countries that depend on oil are not competitive. We have devoted time in developing an economic scorecard for Delta State. We believe that for us to be competitive, we have to reach out. The objective is that we want Delta State to be the most attractive investment destination across West Africa.â€

Earlier in his presentation at the meeting, Doyin Salami, a leading economist at Lagos Business School, noted that Delta State is the fourth highest economy in Nigeria, adding that â€œDelta State has an economic space that is worth investing in and there are a lot of virgin areas for people to invest in.â€

Also at the meeting, while assessing Nigeriaâ€™s risk and outlook, the Managing director of Control Risk in charge of West Africa, Mr Tom Griffin, said that â€œDelta State is a land of opportunities, and however despite improvements in some areas, Nigeria remains a challenging environment in which to do business by global standards.â€ He further observed that risks involved in doing business in the State and Nigeria as a whole are peculiar to what is happening in other parts of Africa.