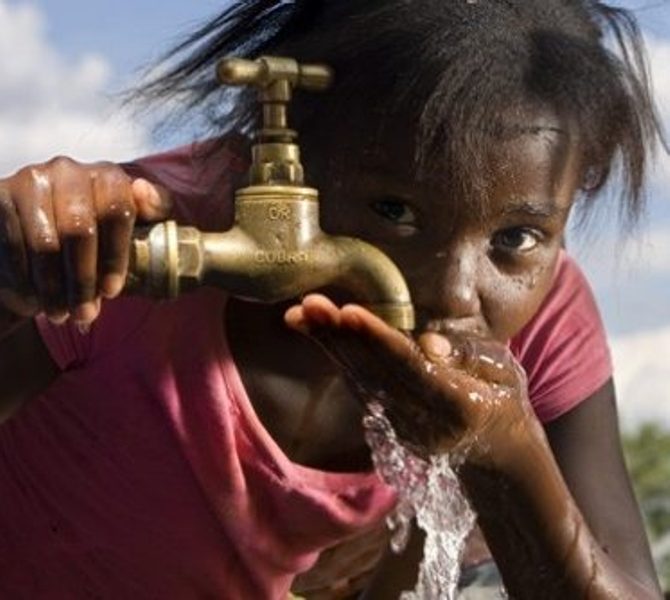 Delta State is acquiring a statewide testing and data analysis of water quality, an exercise intended to wage war against water borne diseases. The scheme was flagged off by the governor, Ifeanyi Okowa, last Thursday, January 26, 2017. This is as the state has also launched a five-year football development scheme to produce future soccer stars that once made old Bendel a Mecca of sports.

The flag off ceremony of Testing and Data Analysis of Production Water Sources was organized by the Ministry of Water Resources in collaboration with Emani Global Network Limited in Asaba.

Speaking, Okowa said the analysis would help determine the status of the quality of water consumed by Deltans. He reiterated his administration’s commitment to provide sustainable water scheme for Deltans to ensure a healthy living for all.

According to him, it is a known fact that over 60percent of Deltans depends on ground water (boreholes) whose quality may not be quite safe for domestic, industrial or agricultural uses; this is because many chemical components and disease causing organism are found in boreholes, adding that these harmful effects could result in diseases such as cancer, infertility among others.

The state government cannot afford to ignore the obvious health implications of the consumption of unwholesome water by its people and the resultant bills our citizens spend on water borne diseases, hence the state wide water testing and analysis programme will help to determine the status of the quality of our water sources, particularly of boreholes which most of us now depend on he said.

In a welcome address, the Commissioner for Water Resources, Fidelis Tilije explained that the programme was intended to wage war against water borne diseases in the state for a better health condition of Deltans.
He said the analysis is to provide a comprehensive water policy in the state, stating that The governor directed that a Delta State Water and Sanitation Policy be put in place and the bill is before the State House of Assembly to be passed into law, all these is to ensure that we have good health in the state.

The CEO of Emani Global Network Limited, Emmanuel Osiegbu, opined that the need to test the water we use was critical in order to help reduce the rate of water borne diseases among our people l believe that a healthy nation is a productive nation and Delta State is one of the states in this nation that has embarked on this policy.
Meanwhile, the state government has approved a five-year football development programme aimed at going back to the grassroots to catch them young as it was done years back.

Speaking in Asaba during the inauguration of the Management Board of Delta State U-16 Elite League, the Executive Chairman of the Delta State Sports Commission, Tonobok Okowa, said that this has become necessary to stem the slide in our performance in football in recent times.