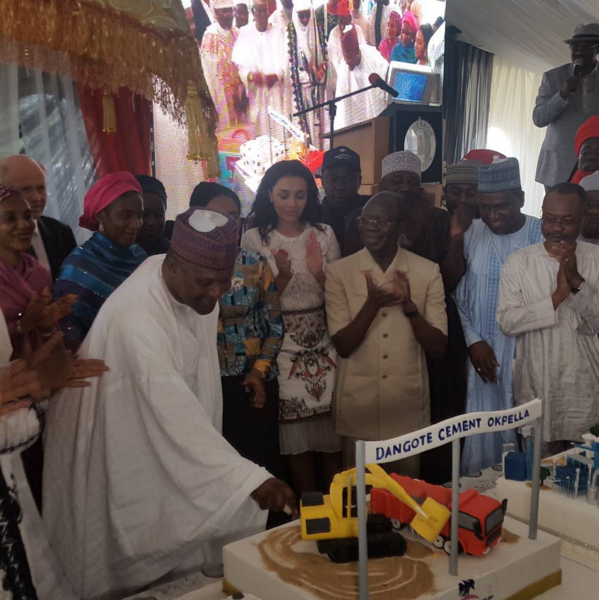 Dangote Group has concluded plans to construct a $1 billion cement factory in Okpella, Edo State. This initiative will expand cement production in Nigeria

NAN reports that the six million metric tonnes per annum Okpella plant and the upcoming six mmtpa plant in Itori, Ogun State will increase the companyâ€™s local production capacity to 41 mmtpa annually. The project will take a period of 26 months before completion. It will provide about 600 direct jobs and 45,000 indirect jobs in the country..

The Minister of Solid Minerals, Dr Kayode Fayemi, said at the ground breaking ceremony of the project that the plant was in line with the Federal Governmentâ€™s diversification agenda.

â€œThe cement plant would be a model that would bring positive changes to the nationâ€™s solid minerals sector in the areas of job creation, foreign exchange earnings and local content promotion. The mining sector is currently contributing 0.34 per cent to the GDP and had potential to contribute over $25 million annually to the economy by 2025â€.

He urged other investors to take a cue from Dangoteâ€™s commitment and support to transform the nationâ€™s economy through active participation.