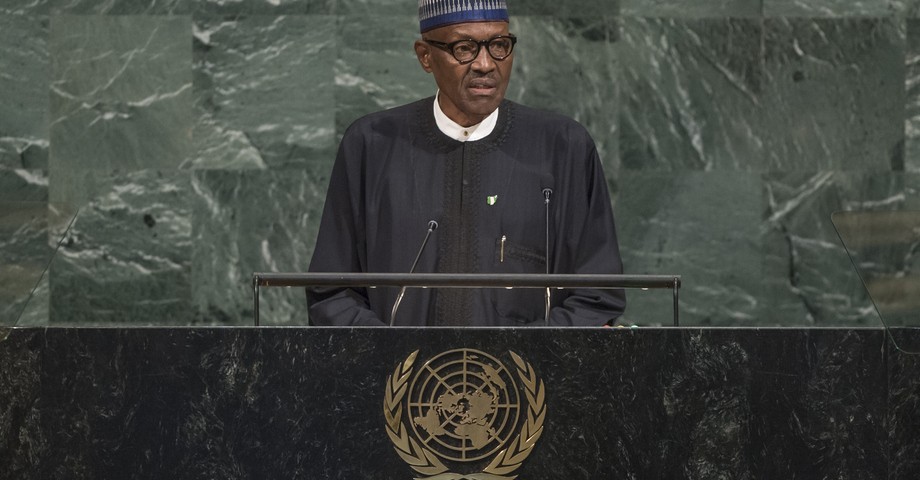 Every September, world leaders and dignitaries from around the world gather in New York City for the United Nations General Assembly “General Debate.”  where the president/leader of each UN member state addresses the assembly on issues relating to his/her country and the world at large.

President Muhammadu Buhari addressed the 72nd session of the UN General Assembly few hours ago, and his speech covered various issues relating to the environment, terrorism, and corruption. We live tweeted the session and below are few tweets we curated from his speech and the reactions that followed;

Pres Buhari: Our faith in democracy is unshaken#UNGA

Pres Buhari: #Nigeria will continue to support the United Nations in all its efforts including the #2030Agenda #UNGA

While he was speaking his new media team was also working…

PMB: We must collectively devise strategies to stop fleeing ISIS fighters from mutating and infiltrating into Sahel and Lake Chad Basin

So what do people think about the speech? Apparently views vary. For some people, he made great points…

We are meeting during extraordinary trouble and dangerous times. – President Buhari. #UNGA

A great speech by President Buhari at UNGA. He focussed on terrorism ,corruption and conflict world over.

While for others, it wasn’t enough…

Buhari, predictably, talks about the fate of Sunni Muslims in Gaza, Yemen and the Rohingya – after murdering Shi'ites in Zaria. #UNGA

If Buhari is so passionate about Palestinian liberation, why is he killing IPOB who are also agitating for their own liberation? #UNGA

President Buhari is an epitome of preaching what u don't practice. Proposing UNGA sends a UNSC 2 N/Korea whilst he unleashed d army on S/E

Buhari’s speech lacked connectivity with Nigeria’s reality. Such a hypocritical load of crap#UNGA

Attention: A fake Speech attributed to President Buhari as the text of his #UNGA 2017 address is in circulation online Please disregard it.

@NGRPresident: 'There's a fake Speech circulating online as the text of Pres Buhari's #UNGA Address, to be delivered. Please DISREGARD it.'

Nigeria’s participation at this year’s UNGA hasn’t ended though as this side event organized by the Nigerian delegation will be holding on Thursday, 21st September

President Buhari will also be meeting with President Trump and other dignitaries in course of the week.

Watch the full version of his speech on the UN Website