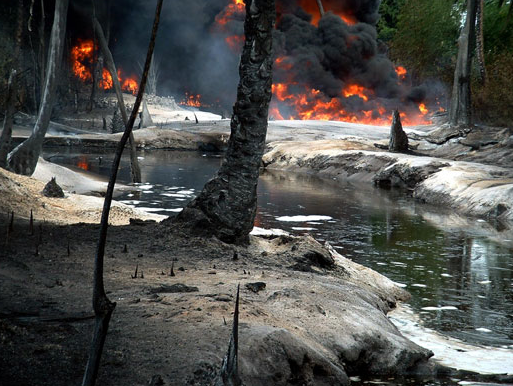 Gov. Seriake Dickson of Bayelsa has advocated stringent laws to protect the environment in the Niger Delta against oil pollution and other oil exploration activities.

Dickson made the call when he received officials of the National Oil Spill Detection and Response Agency (NOSDRA) in Yenagoa on Wednesday.

The governor said that an environmental conference would be organised soon to discuss ways of mitigating the effects of oil and gas exploration and exploitation in the region.

He said that his administration would collaborate with NOSDRA to facilitate the passage of the amended Act of the agency, which had passed first and second readings at the National Assembly.

The governor stressed the need for oil companies operating in the Niger Delta to protect the environment because of the way the environment in the area was being degraded.

Dickson said Bayelsa was the “most fragile and highly compromised area” in the region, saying that environmental pollution had devastated the ecosystem in the state since oil was discovered there in 1956.

He also explained that it was due to the health implications arising from environmental pollution that the state government established the Institute of Toxicology “to better appreciate the magnitude of the problems facing the people”.

The governor granted the request of NOSDRA for a functional office in the state, and called for the relocation of the headquarters of the agency to Bayelsa.

Dickson said that the state was host to the bulk of oil and gas operations Niger Delta.

He said the Federal Government should build receptacles for oil recovered from illegal refineries in Bayelsa as well as design mechanisms for effective and proper remediation of impacted areas.

The governor described the situation in Niger Delta as “environmental terrorism”, adding that the plight of the region was given more credence by the “chilly statistics” of NOSDRA on degradation issues.

He claimed that more than one oil spill occurred daily in the state.