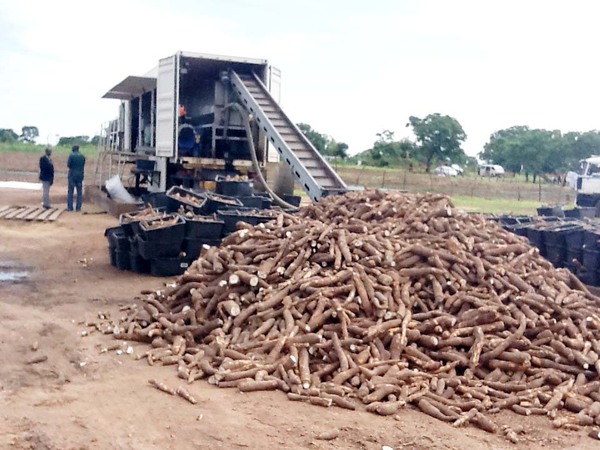 The Rivers State Government is set to generate revenue and employment through the establishment of a cassava processing plant.

The statement was made by the Managing Director of the Rivers State Cassava Processing Company, Ruben Giesen at the cassava plant in Afam, Oyigbo Local government area of the state.

Giesen also noted that the cassava processing plant, which would soon be completed, would increase income for small holder farmers by providing an enabling environment for local farmers to sell their cassava tubers.

He also disclosed that the plant would produce over forty thousand metric tons of cassava flour everyday.

â€œThe objective is to meet the farmer rather than have the farmer come to our gates.

â€œIts to help the farmers sell their cassavas in a reliable market for a good price.

â€œThe plant will employ nothing less than 30 people directly and 100 people indirectly, but what is most important are the lives that will be impacted and we are talking about over 3,000 farmersâ€, Giesen said.

While commending the Rivers State government for embarking on the project, he said the plant would generate a lot of revenue for the state, adding that it was the first of its kind in sub-saharan Africa.