Promoting innovative approaches for MSMEs Development in the Niger Delta 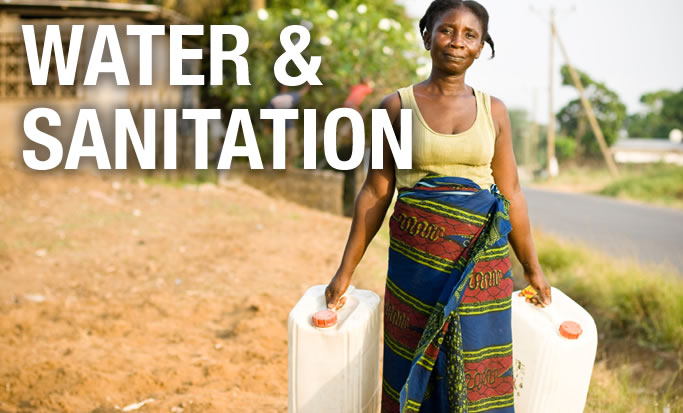 The Board of Directors of the African Development Bank (AfDB) yesterday approved the sum of N3.5 billion ($205 million) for Nigeriaâ€™s Urban Water Sector Reform and Port-Harcourt Water Supply and Sanitation Project.

The total project cost amounts to approximately N5.9 billion ($346 million), of which the AfDB is financing N3.5 billion ($205 million). The bank said that significant water sector reforms undertaken in Rivers State over the past few years have provided a sound basis for an investment project at this time.

The project it further pointed out, aims to provide residents of Port-Harcourt, Rivers State, with sustainable access to safe drinking water and sanitation and to strengthen the federal governmentâ€™s capacity to reform and scale up water supply and sanitation service delivery across the country.

The director of the bankâ€™s Water and Sanitation Department, Mohamed El Azizi, who commented onÂ  the Boardâ€™s approval, said the project was a timely response to a confirmed need in the water sector in NigeriaÂ  following discussions between the federal government, Rivers State Government and AfDB, which started in 2012.

â€œThe AfDB is proud to be collaborating with the Nigerian authorities on this project and we are bringing to the table a combination of our comprehensive approach to sustainable service provision; capacity to mobilise the significant funding needed to make a tangible difference; our experience from operations in Nigeria and other regional member countries; and collaborative partnering with stakeholders in defining and implementing the project,â€ he said.

Currently, citizens of Port-Harcourt and Obio/Akpor Local Government Areas do not benefit from the existing water utility, as the infrastructure is generally run down. As in many cities across the country, most residents obtain water from vendors or private boreholes and wells, often paying high prices for water of unsafe quality.

The successful implementation of this project, El Azizi maintained, would mean that Port-Harcourt citizens wouldÂ  benefit from increased quantity, quality and service hours of water supplied. This is expected to improve their health and productivity and residents would also gain better health from improved environmental and sanitary conditions.

The Urban Water Sector Reform and Port-Harcourt Water Supply and Sanitation Project looks at the financial and commercial viability of the services provided through private sector, as well as environmental protection. It has a strong social focus, in order to ensure that the investment benefits all potential consumer groups, particularly low income households.