NDDC hands over 522 bed-space to DELSU 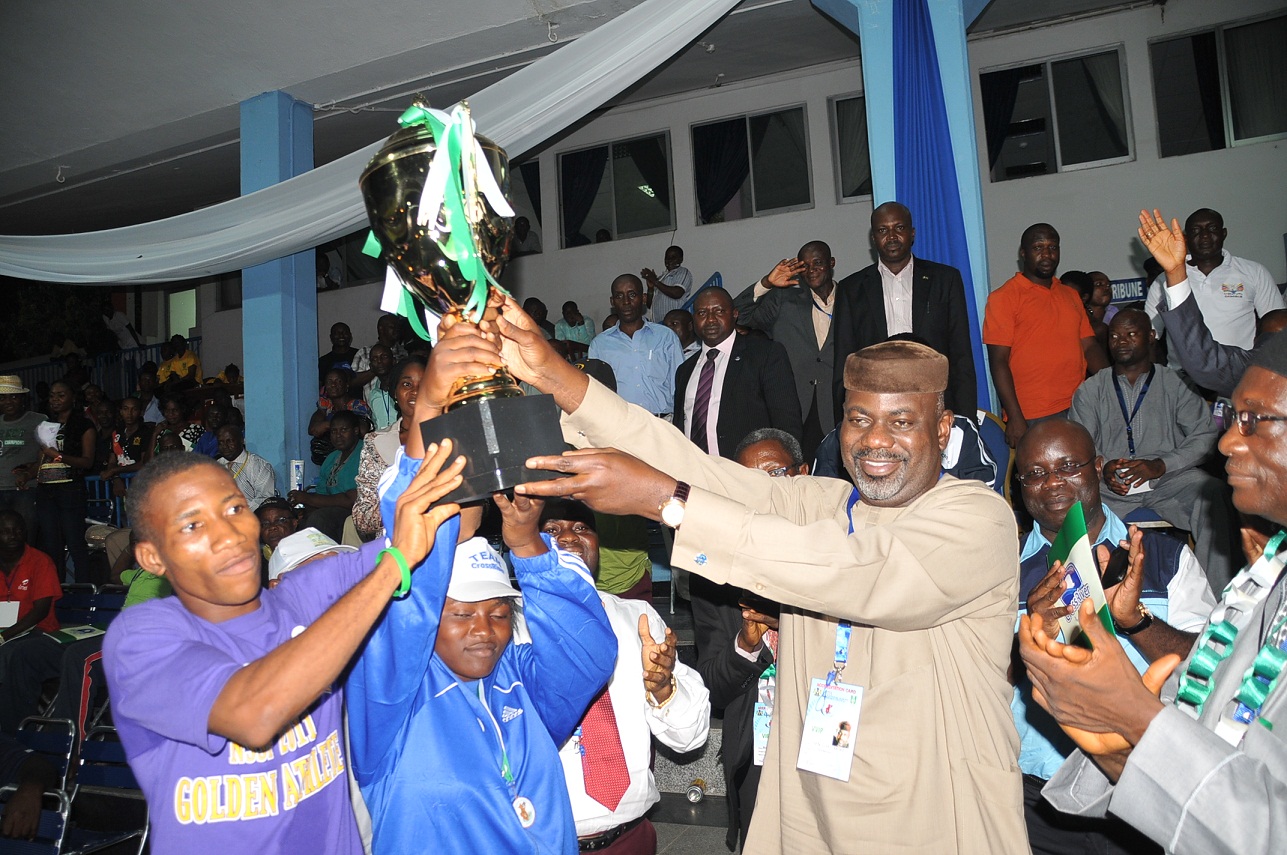 The immediate past Commissioner for Youth and Sports Development in Cross River State, Mr. Patrick Ugbe, has given kudos to Team Cross River for emerging victorious at the recently concluded 7th National Schools Sports Festival, tagged â€œBenue 2014.â€ Ugbe who stated this in Calabar on the performance of the team said, the state was proud to be the overall winner of the festival for a 4th consecutive time.

Ugbe linked the success of the team to the comprehensive sports programme of the state government. He stated that it has brought about great strides in the sporting arena and commended the state government for investing in such a project, which he described as laudable. He appealed to successive administrations to sustain the project to realise the maximum benefits in catching them young and building champions for the State in particular and the Nation at large.

The former commissioner called on schools and the Ministry of Education, in particular, to continue to partner for the collective interest of the children and state. Mr Ugbe said the championship is yet to see the best of Team Cross River. He commended the State Governor, Liyel Imoke, for initiating the comprehensive sports programme which has afforded the children a veritable platform to perform what he said is a rare feat. He called on individuals and cooperate organisations to invest in the programme to assist government realise its goals for the programme.

Speaking on the success story of the state comprehensive sports programme, the stateâ€™s Sports Consultant, Dr. Bruce Ijirigho, said the unprecedented outing of Team Cross River has been made possible by the programme. The support from the Imoke-led administration, effective planning and a thorough and meticulous implementation of their plans, have given the athletes the opportunity to excel in this endeavour. He said he was hopeful that the next administration will see the great benefits of the comprehensive sports programme which, he noted, has produced these result on the youth, parents and the entire State and appealed to government to see to the smooth and immediate take-off of the sports excellence centres so as to sustain the programme. The team remains committed towards building on the achievements so far recorded, â€œwhat we have achieved is little compared to what lies ahead,â€ Ijirigho said.