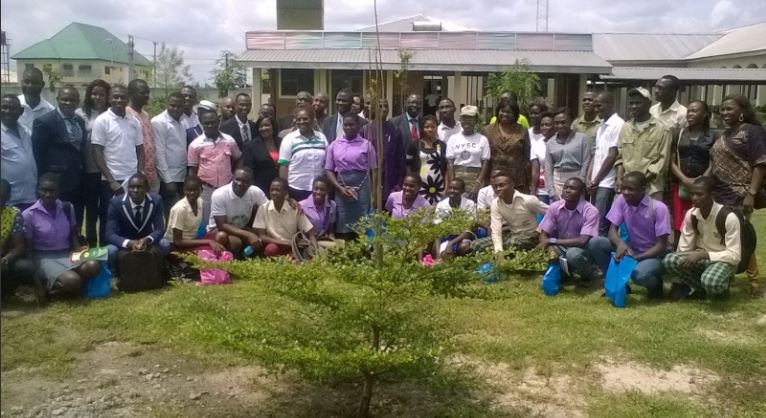 Cross section of participants in a group photograph

Activities to mark the day include street rallies and parades, as well as concerts, tree planting, and clean-up campaigns. In many countries, this annual event is used to enhance political attention and action towards improving the environment. This observance also provides an opportunity to sign or ratify international environmental conventions.

To mark the day, the Foundation for Partnership Initiatives in the Niger Delta (PIND) on Friday June 3rd brought together dignitaries that consisted of stakeholders in the environmental sector, the academia, students and youth groups. They all converged at the ATED Building of the Economic Development Center (EDC) of PIND in Warri, Delta state.

The highlight of the day was the presentation of the film titled â€˜Nowhere to Runâ€™. The film is produced by the Yaradua Foundation. The documentary tells a compelling and frightening story of the environmental threats to our nation from the perspective of the affected communities across the country.

5 key takeaways from the film: