30,000 jobs to be created from Cross River Deep Sea project 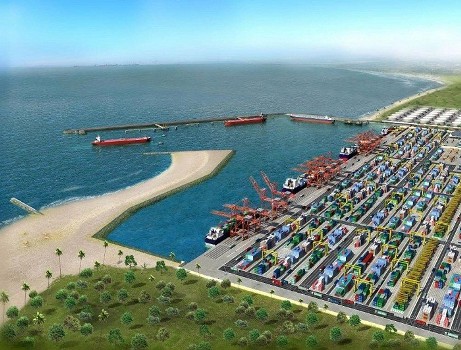 The Cross River State Governor Ben Ayade has stated that over 30,000 jobs will be created in the state through the proposed multi-billion naira Cross River Deep Sea project.

He made this known during a chat with State House correspondents after he held a closed-door meeting with President Muhammadu Buhari at the Presidential Villa, Abuja.

The deep seaport located around Bakassi waterways and the Atlantic Ocean is part of Ayade’s major projects, which include the 260-kilometer super highway,â€Ž which will link Calabar metropolis to Katsina-Ala in Benue State.

Also to benefit from the project are neighboring states of Nassarawa and Kogi states.

The deep sea projects as it would ease movement of products from the states.

Ayade, while speaking on the benefits of the projects to the people of Cross River said: “It is will act as a route for modern vessels and create not less than 30,000 jobs. It would also aid business activities in the state.

“In basic clear terms, that highway and the deep seaport will benefit Kogi and Nasarawa states because without a deep seaport, it will be almost impossible to exploit the iron ore export in those states.

“That is why those who understand what a federal structure looks like would have a coastline in the north and south regions of Nigeria. Having one major port in Lagos and another in Calabar will feed the North East and North Central from Calabar and North West and the Middle Belt from Lagos.”