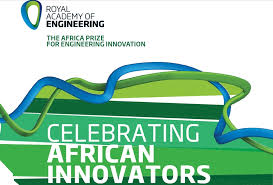 Views: 1,026
The UKâ€™s Royal Academy of Engineering has launched the first Africa Prize for Engineering Innovation, worth Â£25,000 for the overall winner, and six months of mentoring, training and support in commercialising for all of the shortlisted innovators.

At a launch meeting in the academyâ€™s premises in London, United Kingdom, today, representatives of diplomatic missions from the nations of the Southern African Development Community agreed to meet again and follow up on the ideas that emerged in order to further collaborate on capacity building in engineering and innovation.

The award is part of a wider initiative of the academy to promote engineering in Sub-Saharan Africa. It is also running a pilot programme on engineering education exchanges with universities in several Sub-Saharan Africa countries; and the Africa-UK Engineering for Development Partnership, which is mapping capacity of the UK engineering community for international development-relevant research.

The initiatives follow an October 2012 report by the academy that identified a major lack of engineering capacity in Africa. The prize is â€œalso a capacity building programme disguised as a prizeâ€, the launch meeting heard from an academy representative.

And this was a theme that resonated throughout the meeting, with African delegates highlighting the need for wider, institution-focused capacity building in their countries.

â€œWe need engineers now, and for the future we need to build a culture of innovation and excellence,â€ said a representative form the Seychelles.Â â€œWe donâ€™t have that culture.â€

A delegate from Tanzania said that â€œthis issue of innovation is worrying our government, tooâ€ and he suggested similar prizes to recognise institutions that have high-quality programmes that others could learn from.

The meeting also heard that there is lack of academic research on how best to grow and support national innovation systems that yield economic and societal benefits in Africa, and that this is a barrier to progress.

Research on how innovation works in Africa is â€œvery patchyâ€, said Ian Thornton, from the UKCDS (UK Collaborative on Development Sciences). This means, he said, that governments may be 90 per cent of the way there â€” but still see little impact of innovation on their economies, and know little about why that is the case.

Peter Matthews, executive director of Engineers Against Poverty, said there were â€œa lot of barriersâ€ and that the â€œenvironment is not very conduciveâ€ to innovation in Africa, but despite this, there were some young innovators emerging there â€” sometimes working on technology innovation in their spare time.

â€œAfrican young people innovate, but they donâ€™t get support,â€ he said.Â One way of dealing with this challenge, a delegate form Lesotho said, would be to encourage firms in the United Kingdom and Africa to offer joint apprenticeships to young people.

The Africa Prize for Engineering Innovation is supported by the Shell Centenary Scholarship Fund, Consolidated Contractors Company, ConocoPhilips and the Mo Ibrahim Foundation.

The prize is open for entries until the end of May to engineers connected with universities and research institutions in Sub-Saharan African countries.