Pantami: Amendment of NITDA Act to boost Tech in Nigeria 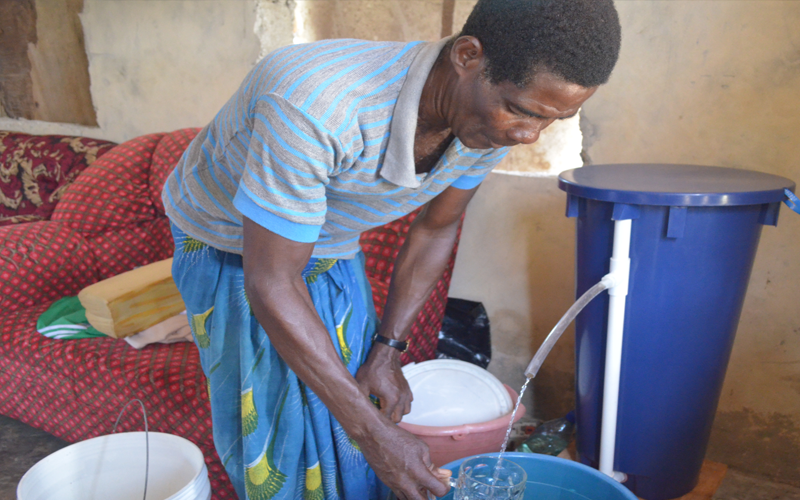 UNICEF specialist, Moustapha Niang, said this in Uyo Akwa Ibom state at a media dialogue on Water, Sanitation and Hygiene, WASH, organised by the United Nations Children’s Fund (UNICEF) in partnership with European Union, EU, and the Child Right Information Bureau (CRIB) of the Ministry of Information.

He said it is now imperative for the three tiers of governments to put more effort to ensure accessibility to portablewater supply, or the nation will not be able to meet the SDGs Goal 6 by 2030.

SDG goal 6 aims at ensuring availability and sustainable management of water and sanitation for all.

Niang said that more than half of the 57 million Nigerians that lack access to potable water supply live in rural areas.

“Though with good access to improved water supply in the Niger Delta region, with all the states apart from Bayelsa having values above the National average, there is a serious issue of groundwater contamination (either biological or chemical). Some parts have problems of iron and manganese contamination (especially Bayelsa State).

“Accessibility to safe water can save the lives of most under five children that die annually from preventable diseases, as most of the diseases are caused by poor access to water.

“We need to do 20 times more of what we are currently doing in terms of policies and funding in providing safe water to the people.

“For example, in 1999, 12 per cent of the population had pipe access to their homes. But this percentage declined to two percent as at 2015.”

In his remarks, the Akwa Ibom State Governor, Udom Emmanuel, said the state government has put new policies that would ensure provision of portable water across the state.

The Governor who was represented by the Permanent Secretary, Ministry of Political, Legislative Affairs and Water Resources, Nse Edem, said the state government was not only doing the policies for the people of Akwa Ibom state, but for the whole of the South-south region.

In her presentation, another UNICEF WASH specialist, Martha Hokonya, itemised the benefits of provision of portable water and urged journalists to help in prompting the government to invest in provision of potable water.