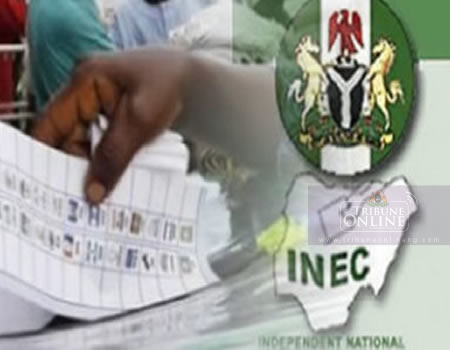 THE Independent National Electoral Commission, INEC, says that 914,501 voters have been registered in Bayelsa State for the 2019 elections.

This, Vanguard recalled, is about 250,753 more than the registered voters for that of 2015 polls.

The State Resident Electoral Commissioner, Dr. Cyril Omorogbe disclosed this Tuesday in Yenagoa while speaking on the preparedness of the commission for the forthcoming polls in the state.

His words, “in Bayelsa, we have registered 914,501 registered voters in the state which is a little more than what we had in 2015.”

How To Check Your INEC Voter Registration Status

“We still have a lot of work to do in terms of getting to all the nooks and crannies of the state making sure that people collect their PVCs. To this end, we have embarked on campaign with the aim of reaching every ward.”

The state Resident Electoral Commissioner further explained that it was the desire of the commission to ensure that 90 per cent of the voters get their PVCs.

“My target is to ensure that 90 per cent of the voters get their PVCs,” he noted and gave out the following mobile phone numbers 08140228686 and 08142813294 to enable all those who registered for the exercise but are yet to get their PVCs to ascertain their status and where to obtain same.

While reiterating the preparedness of the commission to conduct a credible, transparent and violence free election in the state he also solicited the support of all stakeholders in making the exercise a huge success.

Also speaking, the Administrative Secretary of the commission, Lebari Nduh said that the commission has since commenced the distribution of PVCs at the various registration (ward) headquarters in the state.

He said: “This is to ameliorate the challenges registered voters fave by coming to the INEC offices in the Local Government Areas to collect their PVCs.

He however warned that the commission would not allow the collection of PVCs by proxy saying, “it is against the law and offenders will be made to face the law.”