How To Cast Your Vote On Election Day 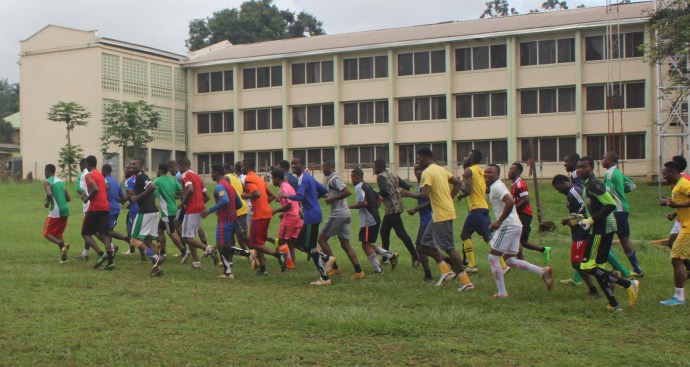 The long-awaited 14th edition of the West Africa University Games (WAUG), will commence tomorrow at the University of Port Harcourt, Rivers State, amidst complains by some members of the Local Organising Committee (LOC), over lack of funds.

The Games, which will hold from Wednesday, October 31 to November 12, 2018 at the University Sports Centre, will see athletes from over 65 universities across West Africa in attendance. Over 5,000 athletes, 800 technical officials and coaches are expected at the ten-day event.

Uniport says it will use this year’s WAUG to showcase the uniqueness of the institution, its sporting facilities and competitive spirit to the rest of the world.

A member of the LOC told The Guardian yesterday that some events would hold tomorrow, but an elaborate opening ceremony will take place on Saturday, November 3, where there will be lighting of the games torch, star parade, cultural dances, art exhibition, goodwill messages, acrobatics and spectacular fireworks display, amongst other events lined up by the organisers to entertain the spectators.

But the LOC member lamented yesterday that they were yet to get response from the financial request they made to both the Federal and Rivers State governments.

“Five years ago when the university of Ilorin hosted the WAUG Games, the Federal Government gave them N500 million in addition to what they got at the state level. Our budget for this year’s WAUG Games is N750 million. As we speak, we have not received a kobo from any quarter, and it is worrisome. We are hoping that Rivers State government will come to our rescue tomorrow (today), the LOC member stated.

Team UniPort is looking forward to defend its championship position, as it won three consecutive WAUG championships, including the last Games hosted by the University of Ilorin in 2012.