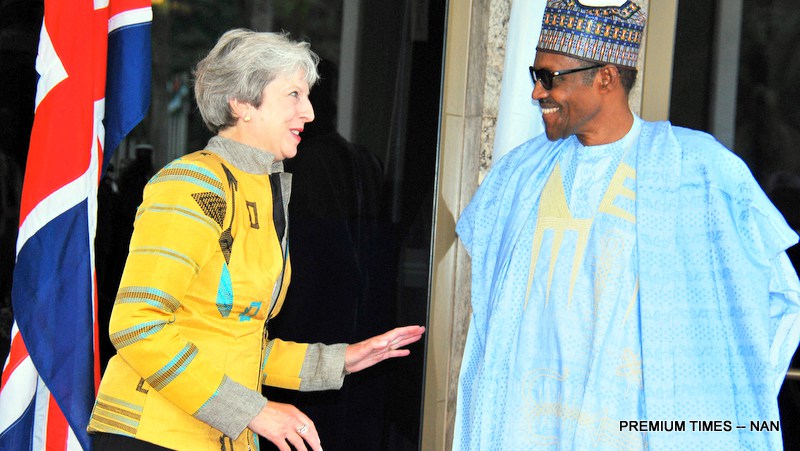 The United Kingdom Department for International Development in Abuja on Monday gave details on how the UK government plans to create 100,000 jobs in Nigeria would be realized.

The spokesperson of the development agency of the British High Commission in Nigeria, David Smith, in a response to PREMIUM TIMES’ inquiry said the jobs would be created through UK government’s LINKS programme, an initiative to “power economic growth in northern Nigeria.’

Apart from the devastation of physical infrastructure and economy in the region, millions of citizens, including women and children, have been forced to join the growing population of internally displaced persons as a result of herdsmen and farmers conflict.

Prior to her visit to Nigeria last week, UK Prime Minister, Theresa May, identified Nigeria as home to the largest concentration of the world’s poorest people, with the bulk of the population in the north region.

During the visit, the UK Minister of State for Africa, Harriett Baldwin, who led a business delegation to the business event as part of the visit, announced a new £70-million programme to create 100,000 jobs in Nigeria.

Ms Baldwin said the programme would raise the income of three million people from the poorest parts of Nigeria.

But, giving details on the programme, Mr Smith said the LINKS initiative is a seven year programme to commence in early 2019, aimed at supporting job creation and income generation for the poor, women and those living with disability in the three northern states of Kaduna, Kano and Jigawa.

He said implementation of the programme would be through a contracted service provider, which the UK government is currently out in the market to recruit, with the process already in the evaluation stage for the first bids.

The service provider, Mr Smith said, would propose and implement the details of the programme, apart from working with a range of partners, including Centres for Disease Control (CDC) and the UK Department for International Trade.

“The provider will also liaise with Nigerian agencies such as the Nigerian Investment Promotion Council (NIPC) and key international development agencies like the World Bank.

“In a practical sense, LINKS will work by using a range of approaches such as technical assistance to public and private sectors, targeted grant funding and fostering linkages between investors, financiers and firms.

“The programme will focus on three northern Nigerian states of Kaduna, Kano and Jigawa, with expectation that it has wider benefits which could spread to other northern states,” Mr Smith said.

On the types of jobs to be created under LINKS, he said these would be as varied and diverse as the people of Nigeria.

In terms of categorization, the spokesperson said 40 per cent of the 100,000 jobs would be reserved for women, while six per cent would go to people living with disabilities.

Besides, at least 20 per cent of the jobs would be created in small replicable business models, like franchises the middle class, diaspora and modestly wealthy can also invest in.

“So, it’s not just about big business or global leaders. It’s about real Nigerians,” he said.

Asked whether the initiative was part of a larger attempt by the UK government to help resolve the poverty situation the UK PM referred to in her controversial reference to Nigeria as home to the largest concentration of the world’s poorest people, Mr Smith said: “Yes, absolutely.”

Development Bank of Nigeria to receive $70m from EIB, AfDB

He explained Ms May’s government believes the majority of the income improvements for the poor through LINKS would come from “identifying innovative technologies or business models that will improve competitiveness and productivity across multiple fields, in a way that ensures the poor share the benefits.”

Apart from testing these and other successful programmes, Mr Smith said they would help the entrepreneur or business who has developed the innovation to take it to the next level through attracting private investment.

Also, these innovations should expand and improve the lives of millions more as they spread across the northern part of the country and beyond.

“The LINKS innovation and investment programme announced by the Prime Minister is a huge step the UK Department for International Development is immensely proud of,” Mr Smith said of the initiative.

“Helping to raise the income of three million people and create 100,000 vital jobs will transform Nigeria for the better.

“For the people of Nigeria, LINKS means more, bigger and innovative firms creating jobs and raising incomes, both directly and through their supply chains, while generating higher revenues for taxation. Together, we can create a Nigeria fit for the future.”