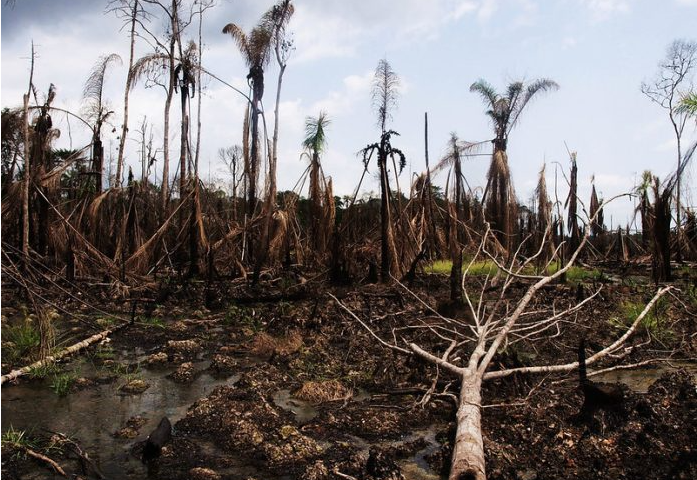 The government of Nigeria recently commenced the first crude oil drilling project in the Kolmani field, which is lapping on the border of Bauchi and Gombe states.

The Nigerian National Petroleum Corporation (NNPC) had announced in October 2019 the discovery of hydrocarbon deposits in the Kolmani River II Well on the Upper Benue Trough, Gongola Basin.

On one hand, the reported discovery and commencement of oil drilling in the Kolmani fields should be cheering news for Nigeria, which is dependent on crude oil exports for its foreign exchange earnings.

On the other hand, one would need to ask: how would this development impact the lives of inhabitants of the communities where this drilling would take place?

History can confirm that oil exploration in the Niger Delta has not been favourable to the inhabitant communities. Oil was first pumped in Bayelsa in 1956 by Shell and since then, several international oil companies have extracted oil from the Niger Delta.

Data from Rise for Bayelsa campaign shows that about 40 million litres of oil are spilled every year across the Niger Delta.

Also, studies have reported contamination of air, land and water in these communities, plus devastating effects on residents’ health and livelihoods as a result of recurrent oil spillages.

This brings to mind the question, what plans are in place to make sure the communities around Kolmani are not affected negatively?

Speaking with Development Diaries on this recent development, the Executive Director of the African Centre for Leadership, Strategy and Development (CentreLSD), Monday Osasah, described it as a welcome development.

However, he cautioned against making the  mistakes that have led to the problems in the Niger Delta.

‘Learning from the Niger Delta, one of the things the government needs to put in place is to, first of all, prepare the communities and expose them to some of the hazards that come with exploration and exploitation of the mineral resources in the area’, he said.

He called on the government to try as much as possible to play its role adequately as oil has been discovered in this part of the country.

‘I am happy that NNPC has been unbundled, coming from the Petroleum Industry Act that has just been passed; so there is a clarion call from our end as CSOs on NNPC to live up to expectation in terms of ensuring clear regulation of the industry’.

‘The Department of Petroleum Resources (DPR) is supposed to be the major regulator, but the NNPC also has a role to play. All of these agencies of government need to put their houses in order to ensure regulation is taken very seriously’, he added.

According to Investopedia, the term resource curse refers to a paradoxical situation in which a country underperforms economically despite being home to valuable natural resources.

Linking this theory to the happenings in Nigeria’s Niger Delta region, Osasah said the issue of resource curse is evident in the region.

He said the government needs to be deliberate in doing the right thing to prevent resource curse in Kolmani, and by extension, Bauchi State.

Osasah also advised the government to ensure that issues related to community development agreement, in terms of mining that enables investors to transfer benefits of oil exploration and exploitation to communities, are taken seriously.

He noted the Global Memorandum of Understanding (GMoU) as one of the reasons communities fail to benefit from oil exploration in their region.

‘By the time you sideline constituted authorities like that, you are simply inviting anarchy and lack of corporation from the people’, he added. He said this concern needs to be addressed so as not to create problems following this recent oil discovery in the country’s northern region.

The government is therefore expected to pay attention to the mistakes that have been made in the Niger Delta and ensure those mistakes are not repeated in northern Nigeria.

The relevant authorities also need to ensure that the communities gain from this development, rather than become impoverished, as is the case with many communities in the Niger Delta.