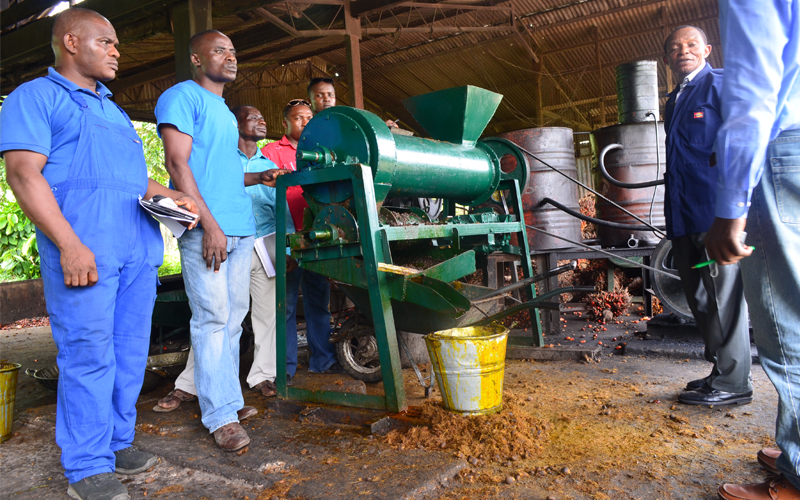 The Deputy Executive Director of PIND, Mr. Tunji Idowu disclosed this while fielding questions from participants at executive session of the Capacity Building for Local Empowerment (CAPABLE) of regional and national media practitioners, at the PIND Centre Egbokodo-Itsekiri in Warri South Local Government Area, Delta State.

Idowu, who gave a detailed explanation on the organisation’s efforts to tackle poverty and associated insecurity in the region, also stressed the need for all stakeholders to brace up for possible threats to peace in the Niger-Delta especially in view of Nigeria’s 2019 general election.

He noted that PIND had been largely funded by Chevron Corporation to effectively carry out its mandate of building partnerships towards enhancing equitable social and economic development in the region in an atmosphere of peace.
Idowu revealed that Chevron mobilised PIND with $90 million while the organisation successfully sourced over $100 million from several donor agencies it has partnered.

Since taking off, according to him, PIND received $50 and $40 million in the first and second phases, respectively, agencies, including USAID, Rotary and others, provided over $100 million through partnerships.

He noted that partnership-based interventions are often advised by identified need areas rather than guesswork, saying that the growth of membership of its Partnership for Peace (P4P) programme from about 100 in 2010 to over 7000 persons across the nine states in the Niger Delta today was a measure of the success of PIND.

He added that PIND could disappear from the scene once the people had sufficiently bought into the process by recognising the import of its various partnerships, in terms of adopting improved agronomic and business models introduced by the organisation.

By 2017, Idowu observed that PIND’s activities led to the increased productivity of at least 31,677 farmers, adding that by supporting a vibrant market through its novel market systems model, higher productivity had yielded bigger incomes for smallholder farmers including rural women.

According to him, donor funds were used to execute specific projects the donors wanted the foundation “to implement on their behalf, ultimately in the spirit of engendering sustainable peace and economic development of the oil-rich region.
“Achievements of the Foundation are measurable through evaluation of PIND’s partnership in the areas of agriculture, agro processing, aquaculture as well as market systems research, analysis and capacity and peace building.”
However, Idowu urged government at all levels to be alive to their responsibilities especially by being proactive and ‘’responding appropriately to early warning signs to checkmate lethal violence, which has remained relatively high in the first and quarters of this year.

He said: “Five fabricators were trained in contemporary technology of palm oil processing and equipment with the beneficiaries producing the needed equipment, making processing of oil higher yielding.
The CAPABLE capacity building training for media practitioners in the country also saw Arafat Salami, Chief News Editor, Voice of Nigeria and the Oak Centre for Journalism Development urging media practitioners in Nigeria to focus more on solution journalism in order to enhance sustainable peace and development in the society.