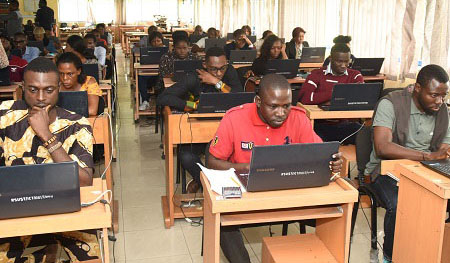 The Niger Delta Development Commission (NDDC) has picked 2,835 candidates out of over 4,000 applicants, who applied for the commission’s foreign postgraduate scholarships this year.

The Director of Education, Health and Social Services, Mr Goshua Okejoto, made the disclosure in a statement, issued by the commission’s Director of Corporate Affairs, Ibitoye Abosede, in Port Harcourt on Monday.

Okejoto said the commission had conducted computer-based tests to select qualified candidates for the scholarship scheme, which commenced in 2010.

“The foreign postgraduate scholarship is designed to equip graduates in Niger Delta with relevant training and skills for effective participation in the Federal Government’s Local Content programme.

“For the 2018 exercise, we went with candidates, who had finished their NYSC and had secured admission into foreign universities, as only those eligible in the scholarship award process.

He said that 1,500 candidates with the highest scores out of the 2,835 who sat the examination would be selected for an oral interview.

“The process is very transparent as candidates see their scores immediately after the test. That is the beauty of the computer-based tests.

“NDDC is using the programme to showcase the best of the Niger Delta and this has been justified by the academic performances of previous beneficiaries.”

Okejoto said that the NDDC Managing Director, Mr Nsima Ekere, was committed to the exercise and had already directed presentation of offer letters to successful candidates on or before Sept. 21.

The director said that new programmes had been added to the scholarship scheme, to help universities in the Niger Delta to recruit high calibre staff.

According to him, the commission has also introduced awards in education as well as studies in management since 2017.

The Consultant to the scholarship scheme, Mr Godson Ideozu, said that the computer-based examination was transparent “as candidates get to see their scores immediately after writing the exam.”

He said that masters and doctorate degree holders were examined primarily in the core area of their study to give applicants equal opportunity.