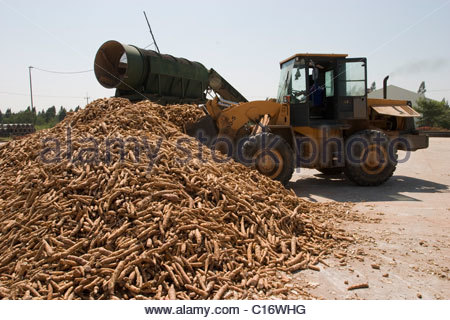 The federal government has dedicated $30 million for the Cassava Ethanol Project at Okeluse in Ose Local Government area of Ondo State.

The project, which would be sited on 15, 000 hectares is between the Ondo State Government and the Nigeria National Petroleum Corporation (NNPC).

The move by the federal government was disclosed by the Senior Special Assistant to Governor Oluwarotimi Akeredolu on Agriculture, Mr Akin Olotu.

Olotu, spoke in Akure, Ondo State, during the dedication of five awards won by the officers of the State office of FADAMA III Project to the state government.

The governor’s aide, who commended the activities of workers under FADAMA III project for the awards, said the ethanol project would solve many problems that cassava farmers had been facing.

Olotu disclosed that the ethanol project was initiated by the administration of the Late Dr Olusegun Agagu but was abandoned.
He said the project was brought up again by the former Managing Director of NNPC, Engineer Funsho Kupolokun when the Economic Team was working on the Road Map to Progress at the take-off of the current administration.

Speaking earlier, the Coordinator of FADAMA III in Ondo State, Mr Olusiji Olatunji, said the successive administration in the state had been demonstrating commitment to the project.

Olatunji said Ondo is the only state that has paid its counterpart fund since 2007 to 2018.
He said it was the consistency of the government that excited the World Bank that had been supporting the state FADAMA project.