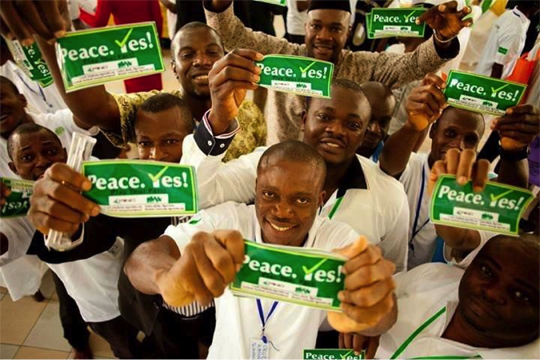 The Niger Delta region of Nigeria is highly diverse with over 40 ethnic groups who speak more than 100 languages and dialects. Located in the southern part of Nigeria, the region comprises 185 out of the 774 local government areas in the country and it covers nine out of the 36 states of Nigeria namely: Abia, Akwa Ibom, Bayelsa, Cross River, Delta, Edo, Imo, Ondo, and Rivers. With over 30 million people, according to a 2006 population census, and an estimated population density of 265 people per square kilometer, the region accounts for more than 23 percent of Nigeria’s population[1]. The region contains large reserves of natural resources which play an important role in the Nigerian economy. However, despite the abundance of natural resources, the Niger Delta is enmeshed in economic underdevelopment, poverty, environmental degradation, violent conflict, criminality, and general insecurity[2].

Historical tensions and a proliferation of armed groups (militant, criminal, and ethno-sectarian) contribute to the changing conﬂict and security dynamics in the Niger Delta. Conﬂict issues include communal tensions, political competition, organized criminality, and resource-based conﬂicts. Incidents include militancy, piracy, cultism, election violence, communal violence, armed robbery, kidnapping, human trafficking, mob violence, and land disputes. A variety of interrelated and often overlapping conﬂict risk factors have contributed to the changing conﬂict and security dynamics in the region. According to available data, there was an increase in conﬂict risk and lethal violence in the Niger Delta between 2018 and 2019, mainly driven by organized criminality, cult clashes, political tensions, gang, and political violence.

While analysis must go deeper than the mapping of oppositional groups, in reviewing recent trends [3] in Niger Delta violence, the data shows that it is frequently expressed in two forms: communal violence and cult wars.

From 2010 to 2016 cult violence increased steadily and peaked in 2016 with a major cult war between the Greenlanders and Icelanders in Rivers State.  At the same time, there was a series of less lethal clashes among other cult groups such as Aye, Eiye, Black Axe, Maphites, Debam, Deywell, Klans, Vikings, and others in Edo, Delta, Imo, and Cross River states.  Coincidentally or not, the most lethal cult violence did generally occur in the vicinity of pipelines and oil facilities, and often rose sharply during election cycles, such as 2015-2016, perhaps compounded by a legacy of patronage and the high stakes that elections can have in the region as connected to illegal oil bunkering and contracts. Since 2016, however, cult violence has reduced considerably, suggesting the possibility of building on these successes to continue the reduction in violence over the longer term.  This brief will outline approaches that show promise in that regard, and which should be included in any comprehensive security framework for 2021 and beyond.

If cult clashes were most intense in the oil-rich core Niger Delta states, communal clashes were most prevalent in the eastern states of Cross River and Akwa Ibom. The worst of it was in Cross River and Akwa Ibom states, as communities battled over fishing rights and access to farmland, killing hundreds in the last ten years. In Delta State, violence between Aladja and Ogbe-Ijoh communities also left dozens of people dead in 2017 and 2018. Despite these lethal communal clashes, much has been done over the past several years in terms of early warning and early response, with the PIND Foundation and the Partners for Peace Network conducting trainings throughout the region to equip local stakeholders with both the assessment and analytical skills to understand the driving forces of risk and vulnerability in states and local communities, as well as the necessary conflict mediation and resolution skills to respond prior to these drivers becoming incidents of full-fledged violent unrest. 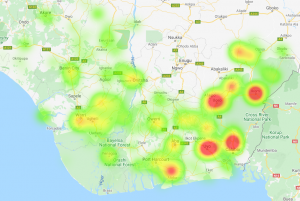 Between cultism and communal violence, as well as election violence, piracy, and general incidents of criminality and interpersonal violence, the lives and livelihoods of men, women and children across the Niger Delta have been threatened over the last decade.  However, this trend over the last five years has been generally positive, with an incremental reduction in overall violence.  Nevertheless, there remain emerging issues and concerns that must be addressed to ensure that they do not serve to compound or exacerbate lingering issues with cultism or communal tensions. These emerging issues are listed below:

The increasing levels of violence in the region have left State Governments with little choice but to focus their attention on improving security. For instance, in addressing the issue of cult/gang violence, several states in the Niger Delta have responded by either passing legislation proscribing cult groups or prescribing huge sentences for people convicted of involvement in cultism and gang violence as has been done in Rivers, Bayelsa, Delta, Edo, and Akwa Ibom States or in establishing special response units against cultism.

Furthermore, States have responded to communal conflicts by setting up panels of inquiries or special committees headed by State appointees to resolve the conflict between communities. These committees or panels often end up issuing government white papers with recommendations on ways to address these issues. Political violence or conflicts are often attempted to be resolved through election tribunals or special reconciliation committees that focus on getting warring parties to sheath their swords. At other times, State governments deploy the security operatives to bring calm to the restive areas.

While these approaches show some results in the short term, they seldom focus on the conflict drivers nor are they prefaced with conflict analysis which is often a precursor to effective conflict management. These approaches are often focused on engaging the conflict after it has occurred and measures are hardly put in place for conflict prevention. The effect is that too often the conflict situation rears its head again resulting in deaths and destruction of properties.

State Governments in the Niger Delta can adopt a holistic peace and security framework by implementing the following recommendations:

Conflict is not always linear or able to be divided into discrete phases or timelines, nor is it always contained to easily-delineated geographical designations. Considering the dynamic nature of the conflict, a segmented or inflexible approach cannot effectively address the varied drivers, triggers, vulnerability, and risk factors of a particular conflict system. Therefore, effective prevention, as well as proactive conflict management and resolution, must be informed by an equally dynamic and integrated early warning system. Such a system should include state and non-state actors as part of a systematic and multifaceted process of data collection, information sharing, and verification. All too often, this is not the case and key stakeholders who may have both the necessary information and skills to anticipate and respond to a conflict before it escalates into a crisis, are left out of the process.

There is the need to utilize early warning[8] effectively for conflict prevention. Approaches to establishing peace in the Niger Delta region shouldn’t be wholly focused on a public security approach similar to the approach currently in place and which has had limited or no success in the various States in the region. There needs to be a complementary approach that emphasizes conflict prevention through the use of early warning and early response and peacebuilding. Such an approach also needs to be participatory and inclusive, employing the civil society organizations and other non-security actors to complement the efforts of security agencies. Conflict prevention involves a whole spectrum of activities that include peace education, sensitization, and awareness on issues, etc., all these are activities that CSOs and other non-security actors can engage in.

A peacebuilding roadmap or framework is a document that outlines multiple opportunities to advance conflict prevention and peacebuilding objectives in the respective Niger Delta States. It highlights some of the pathways that can help propel the Peace process forward. It will promote sustainable conflict-sensitive planning, implementation, monitoring, and evaluation as well as mainstream the role of women in all post-conflict intervention processes. The peacebuilding roadmap and framework sets out the direction and ambitions over a medium-term period and provides metrics for the measurement of success and progress over short and medium-term periods.

Steps to develop a Peacebuilding Roadmap

A State peacebuilding commission is a government agency established to drive conflict resolution efforts in the State. The commission is primarily responsible for driving the implementation of the peacebuilding roadmap or framework. The Commission embodies the needed neutrality to deploy multi-stakeholder approaches to conflict resolution and peacebuilding, a task which security agencies are ill-equipped for and which civil society organizations often lack the necessary government backing to accomplish.

Furthermore, a state peacebuilding commission can act as a clearinghouse for civil society actors working on conflict issues in the state and can provide government support and organization necessary for peace and security actors to share information and plans for enhanced coordination and cooperation in addressing conflict issues in the State. The State peacebuilding commission plays a key role in Peace Education, Capacity Building, Post Conflict Rehabilitation, Research, Coordination, and Grassroots Mobilizations.

For sustainability, institutional support, and credibility, the State peacebuilding commission should be a creation of law, backed by the legislation of the State House of Assembly.

Proposed Objectives of the Peace Commission[10]

Proposed functions of the Commission

Proposed Powers of the Commission

Proposed Composition of the Commission

If State Governments in the Niger Delta adopt a holistic security and peacebuilding approach involving multiple stakeholders, a peacebuilding plan and the establishment of State Peacebuilding Commission, then, there will be a critical mass (from both the government and civil society) who are committed & coordinated for the purpose of conflict mitigation and non-violence in the Niger Delta region. 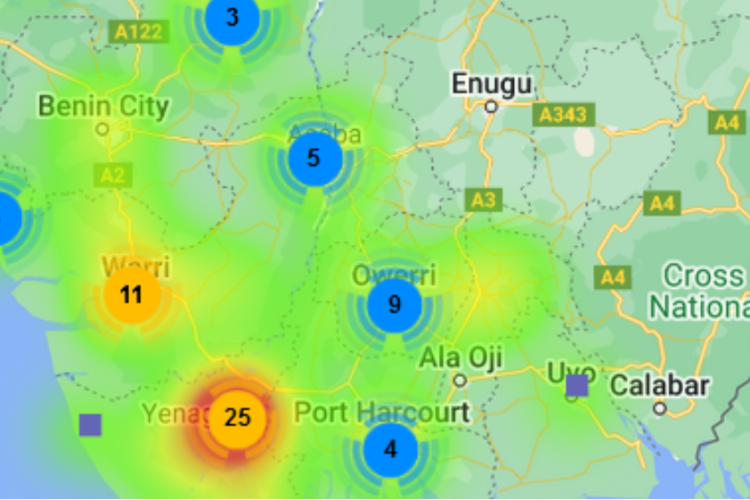 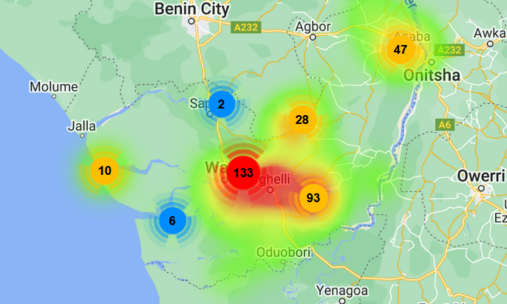