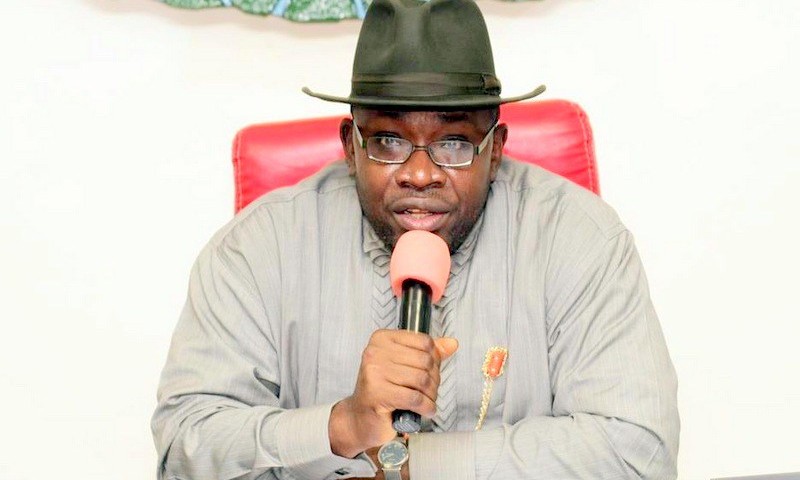 The Bayelsa State Government said on Thursday that the current reforms going on in the ministries, departments, and agencies (MDAs) in the state were to create a perfect fit for the thousands of redundant workers inherited by the Seriake Dickson-led administration.

It was gathered yesterday that as part of the restructuring, a letter has already been signed and circulated by Thomas Zidafamo, Head of Service, Bayelsa, to heads of agencies to commence the implementation of the new regulations.

The letter indicated that the directive was sequel to the setting up a committee by Governor Dickson on staffing and funding of government establishments identified as over-staffed.

But the State Commissioner for Information, Mr. Daniel Iworiso-Markson, told journalists yesterday that the implementation of the reforms was not meant to witch-hunt any employee.

The government argued that if not carried out, a collapse of the state’s public service, which has been under rot for years, would be inevitable.

For instance, he said the state-owned Radio Station (Glory FM) had over 300 personnel, while its private counterparts operate effectively with less than 12 personnel, noting that it was the decision of the government to screen, train and redeploy workers with specialisation in education to schools since the state is in need of teachers.

While calling for more understanding, the Information Commissioner disclosed that the reforms have thrown up some discoveries which include over 8,000 ‘inherited’ appointments.

Iworiso-Markson said some family members of deceased civil servants inherited their positions while irregular appointments, arbitrary promotion, and impersonations have led to the over-bloated wage bill which the government is gradually reducing.

“The exercise itself is still ongoing and the entire public service is aware. You must note that the names of the people listed for redeployment are those submitted as redundant workers by the general managers and supervisors.

“For instance, there are over 300 staff in radio Bayelsa alone while private radio stations have about 10 or 15 doing the same job. The general managers were given the responsibility to fish out redundant personnel many of who were employed under questionable circumstances.

“So the government is saying that this is not sustainable. The onus is on the government to bring them in, check their qualifications and redeploy them to appropriate agencies. Anybody with Bachelor of Education (B.Ed.) for instance, would go to the teachers training institute, trained and redeployed. The government would use these people to teach,” he said.

On the issue of the withheld salaries, the commissioner said that the money kept in the unpaid salaries would be released to those found qualified to be engaged in the system as soon as the redeployment is concluded while those who would leave would be financially empowered to start businesses.

Culled from THIS DAY