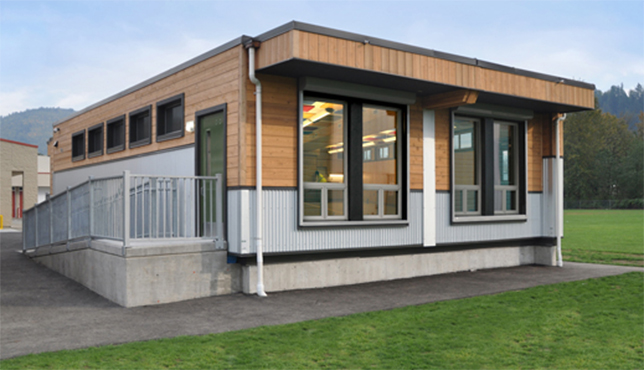 The Akwa Ibom State government says it has begun the construction of sixty modular classroom blocks across the 10 federal constituencies in the state.

Speaking on Tuesday in Uyo on why the classroom blocks were built, Commissioner for Education, Prof. Victor Inoka said the government taught it wise for students in public schools to enjoy a feel of what students in developed countries who have modular classrooms were enjoying.

He explained that the classrooms are fitted with gadgets to access information across the world and that in the classrooms; there is no need for air-conditioners.

He stated that the classroom accommodates 30 students and a teacher, adding that it is resistant to fire.

“Sixty schools are proposed for the project. It is supposed to be 60 modular classroom blocks in the 10 federal constituencies of Akwa Ibom. This is the first phase of the project, the materials are complete and ready for use.

“We have done four in Uyo High school, Oron road, one at Etoi primary and secondary schools. There are two at Onna local government areas, we have built and completed it. Others are spread across the 10 federal constituencies in Akwa Ibom.

“The essence is for the students to feel what other students in civilised countries such as America, Britain, China, Korea etc. feel. The classroom blocks regulate temperature to be moderate according to the weather condition. It is fire resistant.

“It can be cool when the temperature is hot without air conditioner. With the gadgets you access anywhere that is what we want to do here. The normal classroom is 30 students to a teacher.

“The equipment for the modular class room blocks were ordered from Turkey. The experts came to assemble it from Turkey; most of the equipment are in the Ministry of Education warehouse,” he said.

Prof. Inoka said the government is currently sponsoring the education of 31 students in private schools drawn from the 31 local government areas of the state.

He said poor but intelligent students whose parents would ordinarily not afford to sponsor them in private schools were picked for the scholarships programme.

He stated that the government has faithfully lived up to its expectations regarding the payment of fees for the children and said it was determined to ensure Akwa Ibom children enjoy quality education.

“In all the 31 local government areas we sent children to the best schools through scholarship, and government is paying for them; the boarding and school fees is paid for them by the government. I can show you vouchers and tellers we paid straight to the school account.

“We said if the millionaires are sending their children to Tower of Ivory or Top Faith School, we should have these children experiment what it is. It is not as if public school is meant for poor people. We selected 31 children from all the 31 local government areas in the state”.