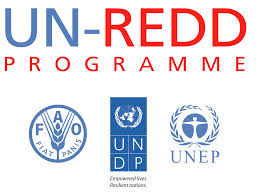 The United Nations REDD+ Programme has tremendously enhanced many aspects of the Cross River State economy, especially the forestry business in the state, the chairman of the state forestry commission, Dr Odigha Odigha, has disclosed in Calabar

He stated that the sum of $4 million which the state won about two years ago from the UN was being released in bits and applied thereby bringing about massive achievements in the state.
The forestry expert explained that the UN REDD+ProgrammeÂ  came about following close working relationship with the federal government. The United Nations Development Programme (UNDP), United Nations Environmental Programme (UNEP) and FAO are working behind the United Nations programme to ensure that it achieved its objectives.

Odigha enumerated that among other achievements, there is an ICT component, well equipped laboratory, to educate and sensitise communities on the relevance of forest trees, and cautioned them on the dangers of felling trees.

He told journalists that a generating plant and a Hilux vehicle were purchased to maintain light and keep the environment busy.

He raised alarm over the continual felling of trees in the state, saying every tree felled causes carbon dioxide to be released into the atmosphere.

â€œThe focus of the United Nations REDD+Programme is to see how forests will be left standing as a way of protecting the carbon dioxide in the forest, and avoid those things that caused global warming. Once any tree is felled, carbon dioxide is released.

â€œWe human beings need oxygen. The United Nations REDD+Programme came to ensure that people stop the habit of cutting down trees both in the forest and in the environment for our own safety.

â€œWe should discourage deforestation. Towards re-afforestation, the Commission has been raising and planting indigenous species to have a pride of Cross River State. Communities are also encouraged to take interest in planting trees. Since Cross River State is made up of numerous forests, it is in our own interest not to destroy it,â€ Odigha said.

Under the United Nations REDD+Programme, he explained further that the commission is working with the Federal Ministry of Environment to manage the forest estate in the state, adding that the first step is the readiness phase in the REDD+Programme, which the commission is managing in collaboration with the communities; making sure that all the illegal operators in the forest are brought to book.